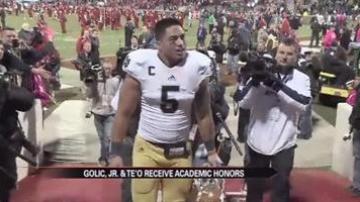 Golic is a graduate student who has started every game this year.

Both players move on to the national ballot.

The first and second teams will be decided later this month.