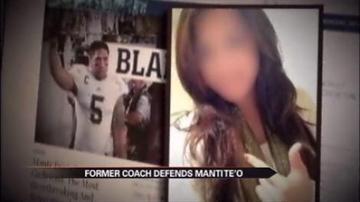 After Manti Te'o first on-camera interview aired, folks are scratching their heads still wondering how any one could be duped for so long.

Now, Te'o's former coach who recruited the line backer to the Irish, is speaking out.

"This is as good-hearted and selfless a person I've ever met in my life. I think just the public and certainly the media are having a hard time wrapping their head around the image of this young man. Could he be that naive? Naive is a better word to be honest with you, and he really is a completely trusting person," said Brian Polian, who recruited Te'o to Notre Dame.

ABC 57 also talked with students on campus after the big interview and they also called Te'o naive, and that they were shocked that this could happen to a college kid.