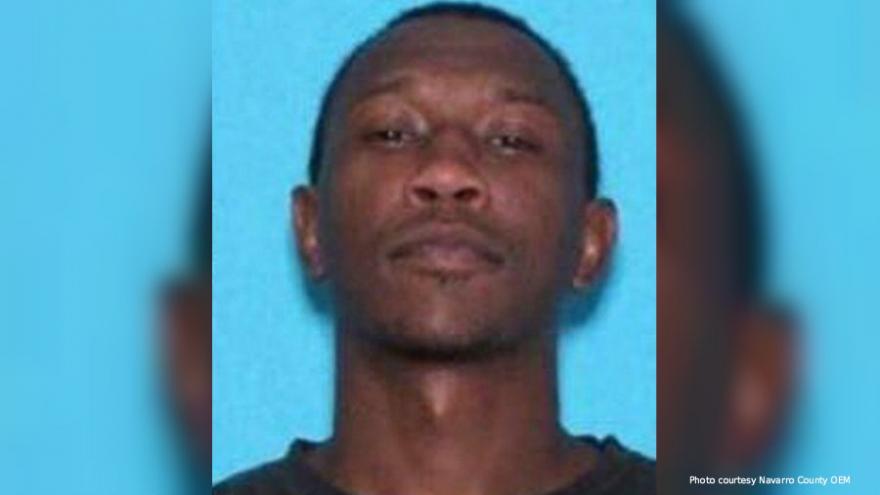 (CNN) -- Officials have apprehended a suspect in the fatal shooting of a Texas Department of Public Safety trooper, who was killed Thursday south of Dallas.

Authorities have identified the suspect as Dabrett Black.

Trooper Damon Allen, 41, made a traffic stop about 3:45 p.m. on Interstate-45 in Freestone County. The trooper went up to the car, talked to the suspect, and returned to his patrol car.

The trooper died in his car after the suspect fired multiple times with a rifle, the state's department of public safety said.

The sheriff's office in Waller County, just west of Houston, said on Facebook two hours before the capture that the suspect was seen by a deputy and shots were fired.

"Our DPS family is heartbroken tonight after one of Texas' finest law enforcement officers was killed in the line of duty," the DPS Director Steve McCraw said in a statement.

Allen, who was described as a loving husband and father of three, joined the department in 2002.

"Trooper Allen's dedication to duty, and his bravery and selfless sacrifice on this Thanksgiving Day, will never be forgotten," McCraw said.

"Sad on Thanksgiving to lose one of our state troopers in the line of duty. Prayers for his family. Swift justice for his killer," he wrote.

"The killer will face justice, and the State of Texas will continue to offer our unwavering support for the men and women in law enforcement who keep our communities safe," Abbott later said in a statement.