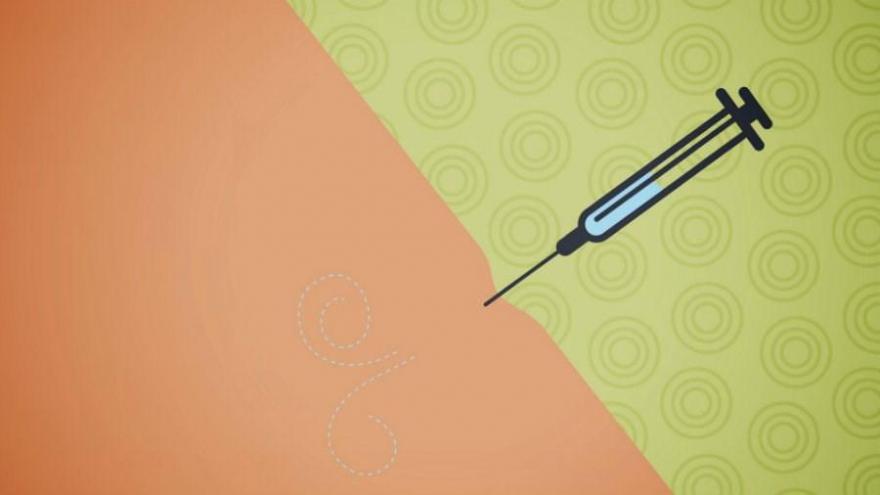 (CNN) -- Debate about a bill before the Texas House about improving care for foster children quickly broke down into a heated argument about vaccinations on Wednesday, with one of the state's most conservative lawmakers saying vaccines weren't important for public health.

The anti-vaccination forces ultimately won, voting to bar doctors from vaccinating foster children during initial examinations. When one Republican tried to get an exemption for the human papillomavirus vaccine, tempers flared.

The vote signified a major victory for the growing influence of the tiny but well-funded anti-vaccination crowd in Texas, one political observer said.

"It's analogous to a very tiny tail wagging a very massive dog," said Mark Jones, a political science professor at Rice University. "The anti-vax forces are a tiny group that holds an exceptionally minority position on the effectiveness of the vaccinations but are influencing public policy."

The debate came after Rep. Gene Wu, D-Houston, introduced a bill to reform the state's foster care system. Wu seemed surprised when conservatives questioned him about a provision requiring foster children to get prompt exams from doctors to determine whether they've been abused, neglected or abandoned.

"Is it your legislative intent to allow them to force vaccinations with this?" asked Rep. Tony Tinderholt, R-Arlington.

"My legislative intent is to allow doctors to make decisions that they feel are medically necessary," Wu said.

Rep. Bill Zedler, vice chairman of the ultraconservative Texas Freedom Caucus, then introduced an amendment to prevent doctors from giving vaccines to foster children during the exams, saying the measure "would protect children from medical procedures that are not pertinent to their immediate medical needs."

He said the state should not overrule parental rights in such cases. Soon, he was being questioned by Tinderholt -- a Q&A between two of the state's staunchest conservatives.

"If your amendment is not passed, could this potentially be dangerous to some of these children?" Tinderholt asked.

The questions ended when Rep. Armando Walle, D-Houston, took the microphone. He questioned Zedler's motives and wondered why he was injecting a vaccine debate into a bill about reforming child services.

"You would agree that a vaccination is important for the public health -- for the general public health?" Walle asked.

"No, I would not agree with that," Zedler shot back.

"Why wouldn't you?" Walle asked.

Walle: "So you don't think vaccinations are important?"

"Because the vaccination is only for that child -- to protect that child," Zedler said.

Walle interrupted: "But the vaccination is not just to protect that child, obviously, but also to protect the public from spreading of diseases that can be deadly. Is that not correct?"

Public health officials have stressed that vaccines have prevented 6 million deaths every year worldwide and have fundamentally changed modern medicine.

Walle and Zedler continued to trade barbs, with Zedler saying the core issue about vaccinating the foster children was: "Is it the parents' decision to decide, or is it the state's?"

A few minutes later, the atmosphere grew more tense when Rep. Sarah Davis, a cancer survivor and conservative from Austin, sought to allow for an exception for the HPV vaccine because it is "proven to prevent cancer."

"I believe that children who have been taken from their parents and are in protective custody and undergoing a medical examination should be given a vaccine that prevents them from developing cancer," she said.

Her proposal drew the ire of fellow conservatives. Several could be seen shaking their heads.

"Do you understand that this is temporary custody; no parental rights have been terminated?" Rep. Jonathan Stickland asked.

"Agreed. But cancer is not temporary. Cancer kills," she said.

She admonished her colleagues for not acting, blasting one hypothetical question posed to her as "incredibly ridiculous." At times, she waved her hands in the air in an impassioned and emphatic plea for action.

Her pleas failed, and lawmakers rejected her amendment.

Zedler's anti-vaccine amendment, as it's being called, passed 74-58. Along with the foster care bill, it now heads to the Texas Senate, but whether it will reach the governor's desk remains to be seen.

Rice's Jones wasn't making any predictions. If anything, he said, Wednesday's "anti-vaccine measure" showed the growing political clout of that movement.

"The anti-vaccine forces have been very active this session," he said. "The Zedler amendment put many Republicans in an uncomfortable position. ... Their fear was that a vote against the Zedler amendment could potentially be used by opponents in the Republican primary to gain the support of anti-vaxxers. The anti-vax movement is pretty intense and very motivated."

Texas is a growing hub of the anti-vaccine movement. A report in the Houston Chronicle last year found that the number of schoolchildren who have not been vaccinated has grown from 2,300 kids to more than 45,000 over the past 13 years.

A story in the Washington Post in February said President Trump had energized the anti-vaccine movement to lobby lawmakers. Peter Hotez, director of the Texas Children's Hospital Center for Vaccine Development, lamented, "We're losing the battle."