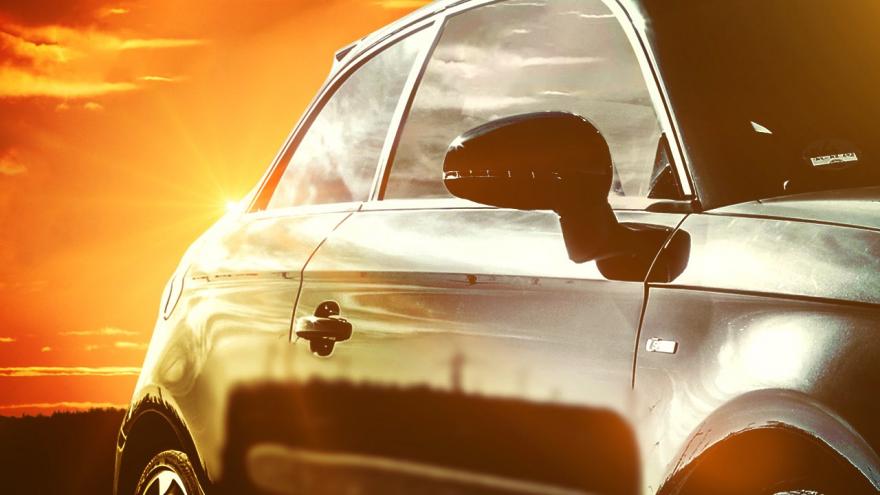 (CNN) -- A Texas mother whose two children died of heat exposure after she left them in a car was arrested Friday, local authorities said.

The Parker County Sheriff's Office arrested Cynthia Marie Randolph, 24, for the deaths last month of her 2-year-old daughter and 16-month-old son after she left them in the car to teach her daughter a lesson, the sheriff's office said in a news release.

"Throughout multiple interviews, Randolph created several variations of the events which led to the death of her children," the release said.

But the investigation, which also involved the Texas Rangers, revealed a different story.

On May 26, the news release said, Randolph found the children playing in the car around 12:15 p.m. When she told her daughter to get out of the car, she refused, and Randolph closed the car door "to teach her daughter a 'lesson,' thinking 'she could get herself and her brother out of car when ready,'" the release said.

Randolph then went inside and smoked marijuana before falling asleep for two or three hours. She also told authorities that she broke the car window to make the deaths look like an accident, the release said.

The sheriff's office was alerted to the incident around 4 p.m., when temperatures outside had reached 96 degrees. The children, identified by the Tarrant County medical examiner as Juliet and Cavanaugh Ramirez, were pronounced dead half an hour later.

At the time, the news release said, Randolph told police the children were playing in an enclosed back porch when she realized they were "gone." She spent the next 30-40 minutes looking for the children, Randolph said, before she found them locked inside the car.

Randolph said the children "entered the vehicle on their own and had locked themselves inside," according to the release. She claimed that she broke one of the car's windows to try to save them.

Randolph is in the county jail facing two felony charges of injury to a child causing serious bodily injury, the sheriff's office said.