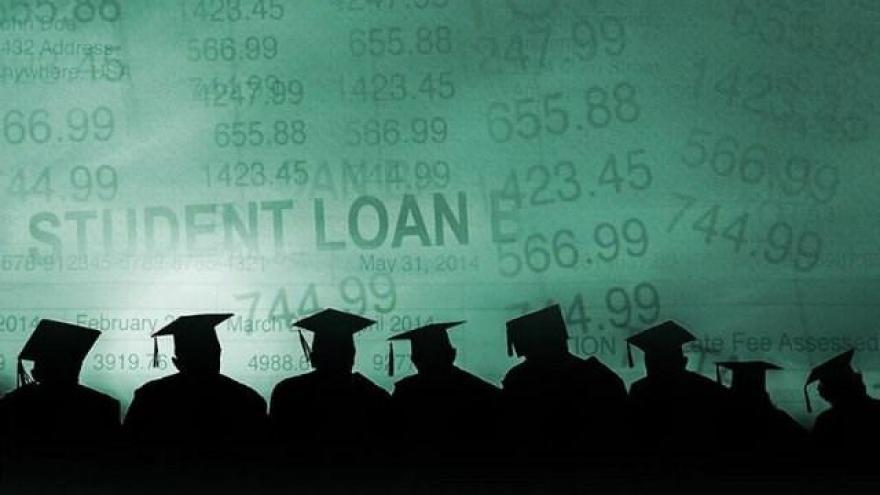 NEW YORK (CNNMoney) -- When Education Secretary Betsy DeVos testified about her department's budget this week, most of the hearing focused on her school choice proposal.

But DeVos oversees a $1.3 trillion student debt program that was hardly mentioned. About 42 million Americans currently have federal student loans, and borrower complaints show that the system is, frankly, a mess.

Last year, the Consumer Financial Protection Bureau issued a report that recommended immediate action to address the 2,400 complaints it received about federal student loans in the three months prior.

Many people have reported poor customer service, unexpected delays, and lost paperwork. These issues can extend their repayment time and increase how much they end up paying off over the long run.

But the problem seems to have gotten worse. The agency received even more complaints during the first three months of this year.

"Unfortunately, borrowers continue to report difficulties and setbacks as they try to work with their servicers to manage their loan debt," said CFPB Director Richard Cordray in a statement last month.

President Obama revamped the student loan system in 2010, bringing everything in house so that the government directly funds all the loans. But it still hires outside companies to service them. Currently nine companies have a government contract to collect payments and assist borrowers in enrolling in the right repayment plans.

At the same time, his administration increased the number of repayment plans the government offers. The new plans help struggling borrowers by lowering their monthly payments (tied to a portion of their income) and promise forgiveness after a set number of years.

These income-driven plans should keep most borrowers from defaulting on their loans. But the number of options can be confusing for borrowers, many of whom can have a different loan from each year they were in college. Sometimes, different companies service their different loans.

But consumers have complained to the CFPB that their loan servicers have not informed them of all their options. Many report difficulties enrolling and staying in the income-driven plans.

Each year, borrowers must submit updated employment and income information. Many have told CNNMoney the process takes weeks and even months. During that time, borrowers can be placed in forbearance.

Meanwhile, some borrowers say they don't get updates on their application processing and often wait weeks for a response to a question.

"It's like dealing with the cable company," said Daniel J. Crooks III, an attorney who's enrolled in an income-driven plan.

The nine loan servicing companies (Navient and Great Lakes are two examples) get paid a certain amount per borrower. They get more money for borrowers in repayment than those who are late on their payments or in default.

But some say the contracts don't go far enough.

"The contracts work very well to make sure servicers stay profitable. What they don't do is make sure servicers have meaningful incentives to get key borrowers out of default," said Rohit Chopra, the former student loan ombudsman at the Consumer Financial Protection Bureau.

The Obama administration wanted to simplify the process by creating a single platform for loan repayment controlled by just one loan company. Lenders started to bid for contracts last year.

But in April, DeVos halted the process, claiming it was cumbersome and confusing. She needed to rescind the previous administrations' guidance so that the department could craft a better solution, she said.

Her new guidance, released last week, also outlines a single platform for loan repayment that she expects to save the government $130 million over the next five years.

"Borrowers can expect to see a more user-friendly loan servicing interface, shorter email and call response times and an improved payment application method that will maximize the benefit of each payment the borrower makes," DeVos said in a statement.

The department's proposed budget also offered an idea of where DeVos's priorities lie regarding student loan debt. Like President Trump proposed on the campaign trail, she's called for streamlining the income-driven repayment program from five to one.

There have reportedly been conversations within the department about moving all or part of the loan portfolio to the Treasury Department. The move was first reported by the New York Times on Thursday, based on the resignation memo of James Runcie, the Obama-era official who headed up the Federal Student Aid program within the Education Department until he resigned Tuesday.

The department did not respond to a request for comment for this story.