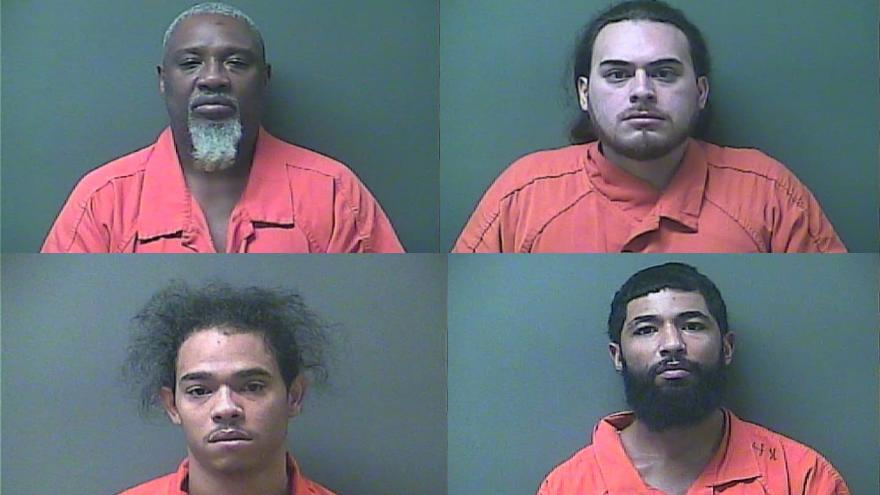 Emanuel E. Moore, 53, of Euclid, Ohio was arrested on October 30 for a felony firearm after a traffic stop initiated K-9 assistance.

A Second deputy with his K-9 partner arrived to assist the deputy where a positive alert was initiated. A search of the vehicle produced a loaded 9mm pistol according to officials.

Moore was taken into custody and transported to La Porte County Jail. He was arrested and charged with carrying a handgun without a license, prior conviction a L5 Felony.

Gerson S. Castro, 26, of Queens, New York, as well as Justin Liriano 25, and Edwin Ortiz, 24, both of Brooklyn, New York were arrested for drugs after a traffic stop on October 31.

The vehicle was pulled over for traffic infractions, where another deputy helped assist along with his K-9 partner.

The K-9 was deployed around the exterior of the vehicle according to officials, which ended in a positive alert from the K-9.

After searchi9ng the vehicle, deputies found nearly two dozen prescription bottles containing schedule V controlled substance, none of which were prescribed to the three occupants according to officials.

All three were taken into custody and transported to the La Porte County Jail. The three were charged with a single count of Dealing a Schedule V Controlled Substance which is a L4 Felony according to officials.

Arrests and criminal charges are mere accusations. Every person is presumed innocent unless and until proven guilty in the court of law.