The beauty of hoar frost and rime frost 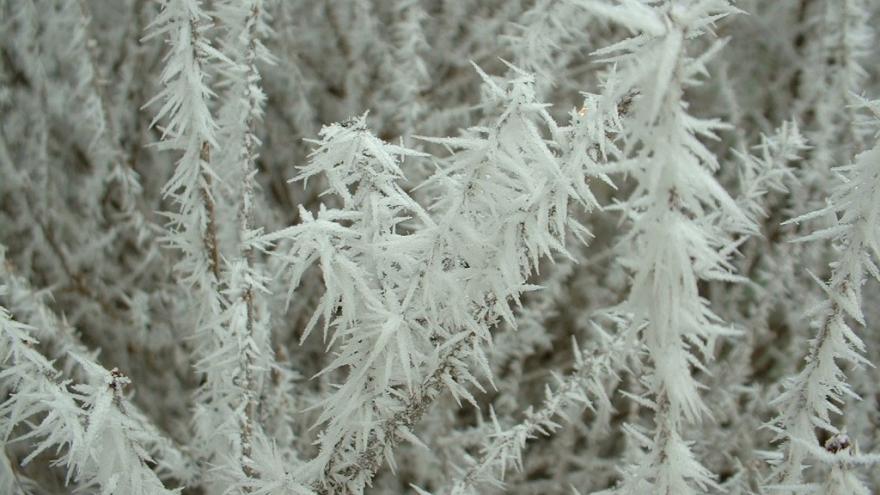 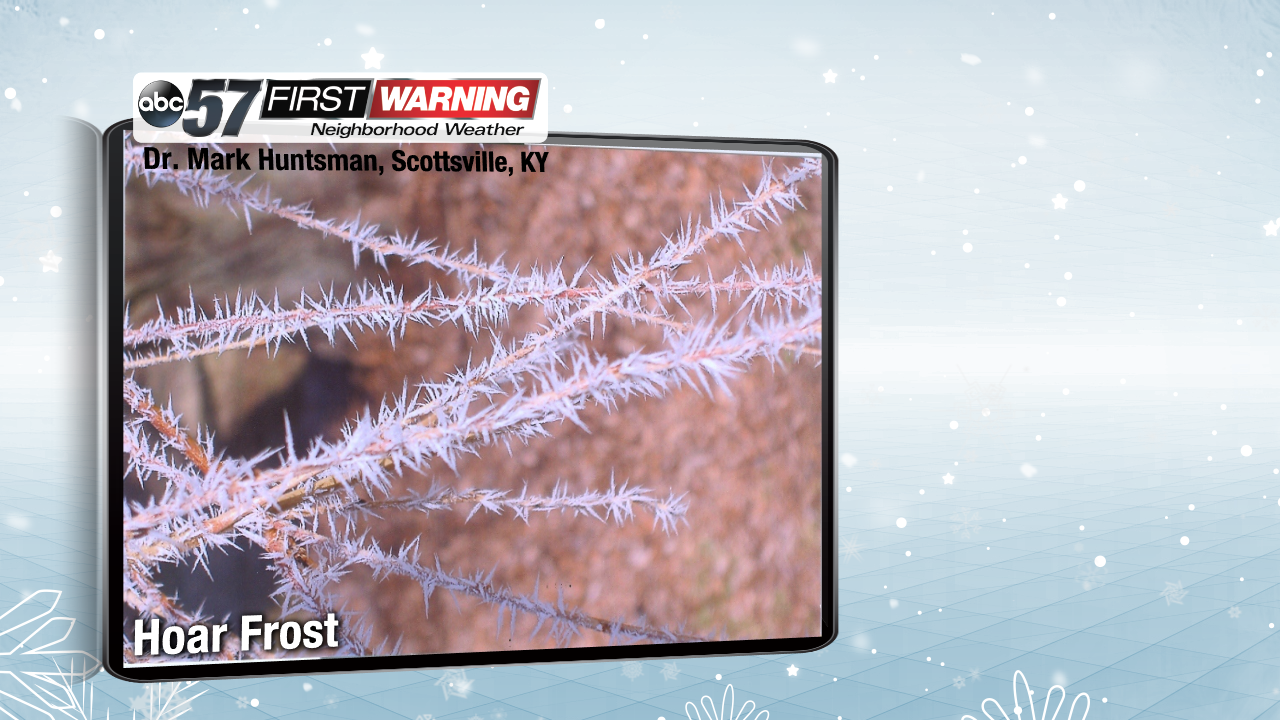 They may not be terms you've heard of, but hoar frost and rime ice are indeed real meteorological terms. And, both have been seen across the United States already this winter season. They are very similar, and can produce some beautiful scenery on a winter's morning. 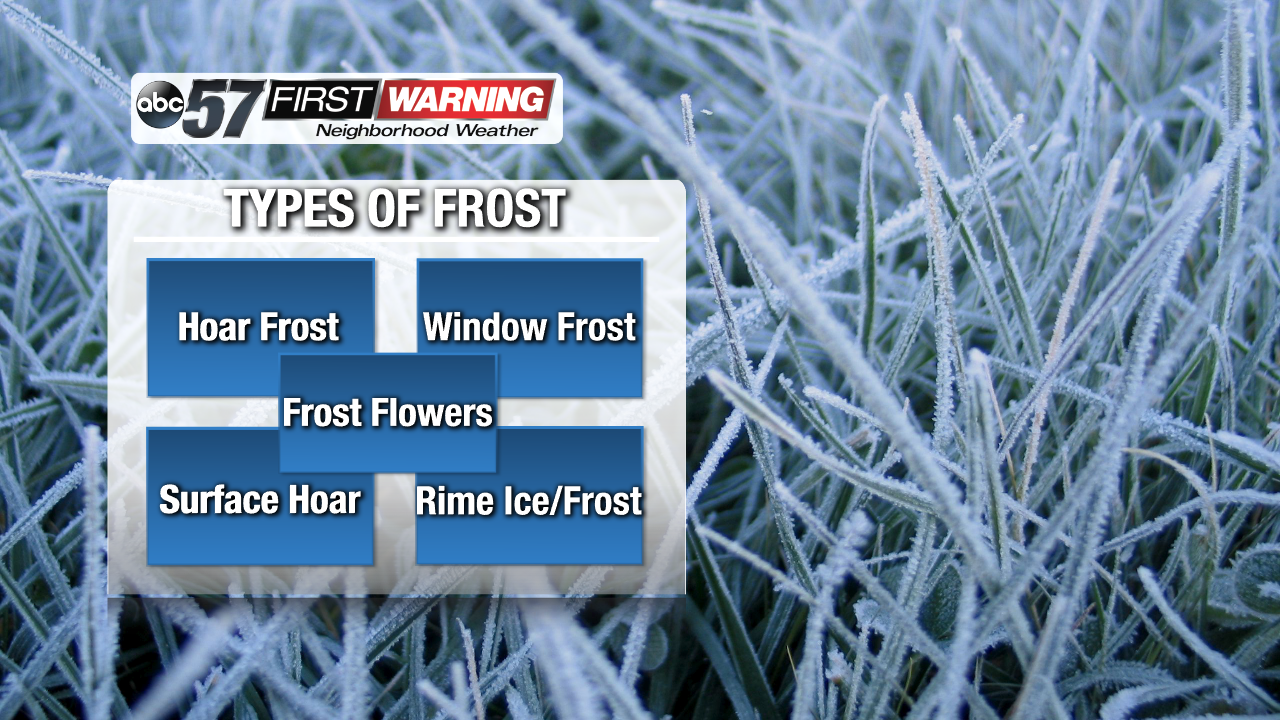 Those aren't the only types of frost, though. Depending on where you get your information, there are upwards of five types of frost: hoar frost, rime frost, window frost, surface hoar, and frost flowers. There's also just plain frost, which is what most of us are used to seeing on our lawns, cars and rooftops in the morning hours of the wintertime. Names for this common type of frost include ground frost, grass frost and surface frost. To get frost to develop, you need clear skies, a moist air mass and relatively calm wind. 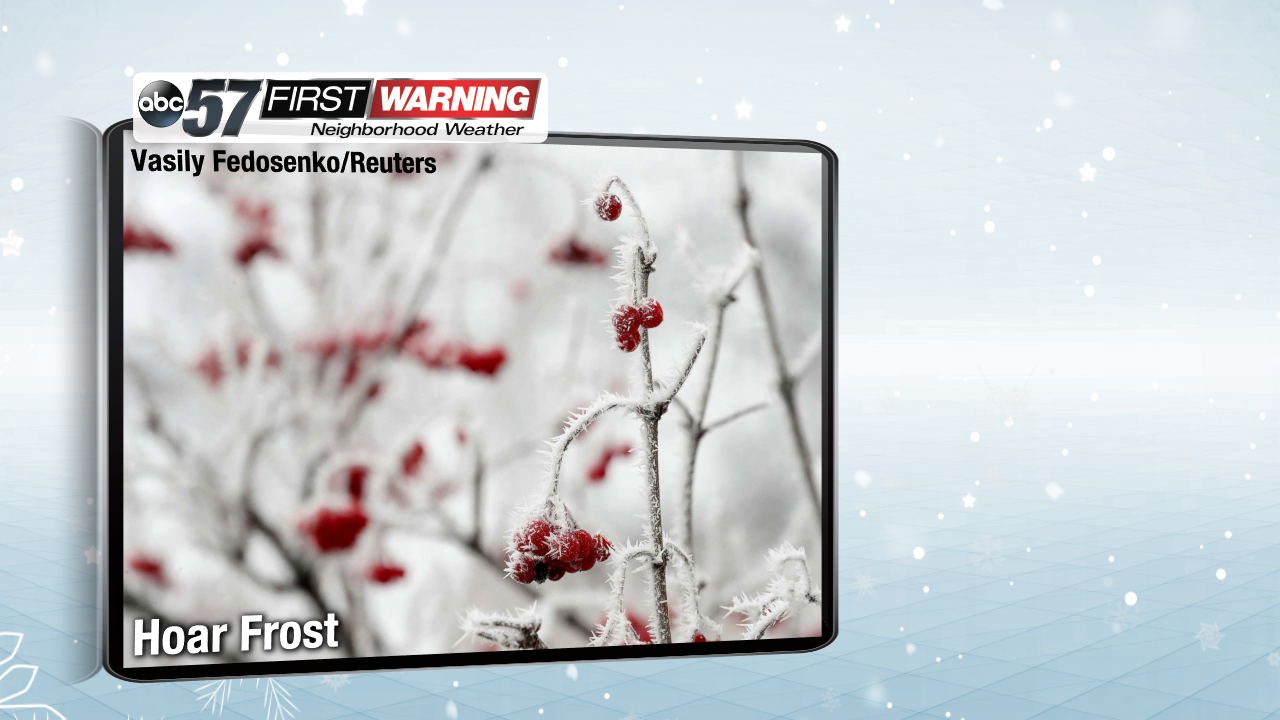 When frost grains grow large enough under the conditions mentioned above, they can become hoar frost crystals. According to the American Meteorological Society, hoar frost is:

"A deposit of interlocking ice crystals (hoar crystals) formed by direct deposition on objects, usually those of small diameter freely exposed to the air, such as tree branches, plant stems and leaf edges, wires, poles, etc."

Put in simpler terms, hoar frost develops on exposed objects when those objects are below freezing and there's a moist air mass near the ground. That moist air mass is compared of millions of water vapor particles that can turn directly into ice via a process called sublimation. That ice is the hoar frost. 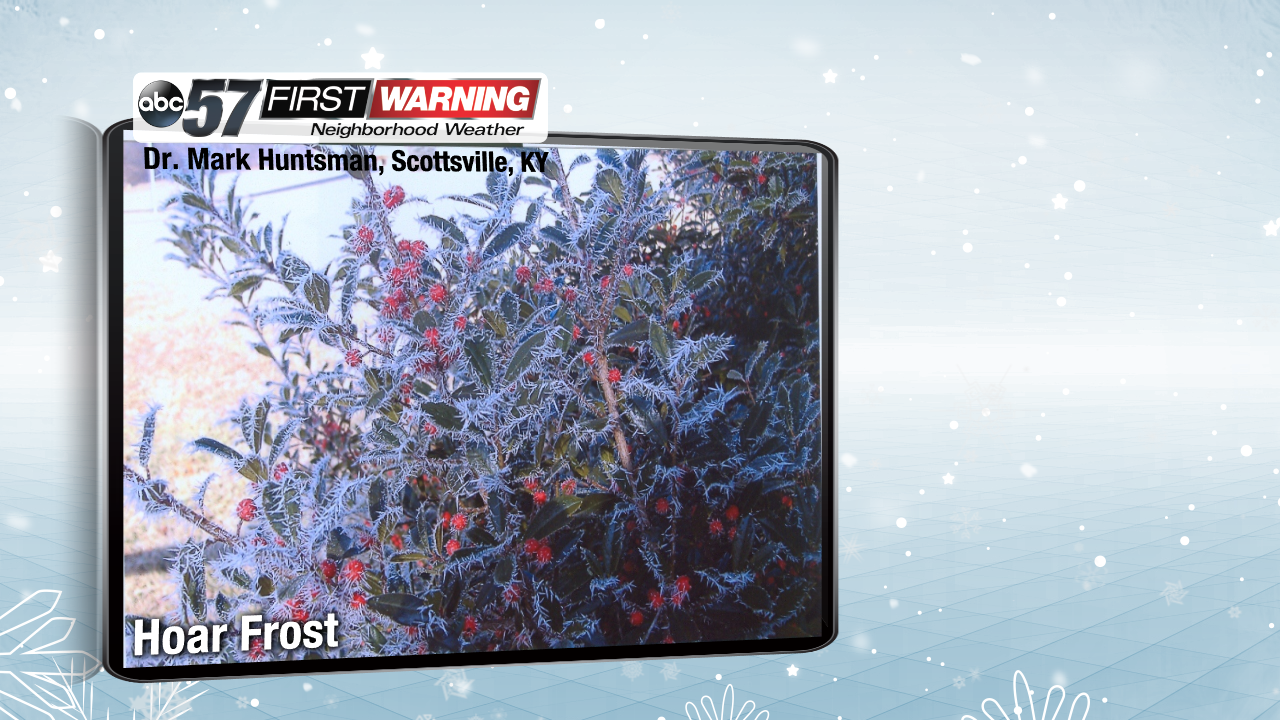 Hoar frost is not all that rare, but ideal conditions are needed for it to take on the incredible look as seen in the pictures in this article. If you're wanting to see hoar frost, hope for a very moist air mass to be in place. This can be from snow pack on the ground, recent rain or a few days in a row of freezing fog. Or, venture out to an unfrozen body of water like a lake or river. These act as sources of moisture, and can really support the growth of hoar frost crystals. 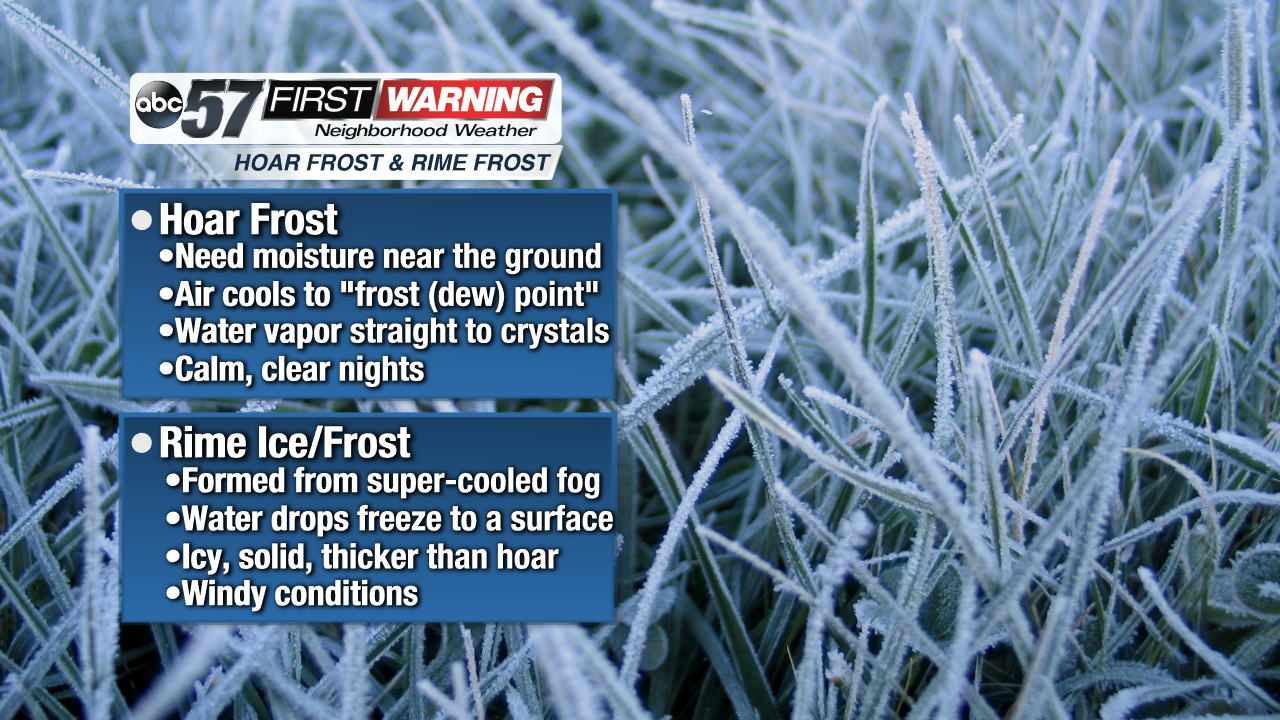 Rime ice/frost can have a very similar appearance to hoar frost, but forms in a different manner. You need freezing fog to be in place for starters; this is not the case with hoar frost. The water droplets within freezing fog are "super-cooled" below the freezing mark. If objects like trees, fences, flowers, and grass are below 32°, these super-cooled water droplets can freeze to them, creating a rime ice formation. If the freezing fog is in place long enough, amazing rime ice structures can develop that may resemble hoar frost. Rime formations develop on the wind-facing sides of objects. That is one way to tell the difference between rime and hoar frost as hoar frost develops more evenly across surfaces.

The next time it's foggy and below freezing, or if you know there's a chance of clear skies and cold temperatures, check for these two phenomena! They don't form all the time, but under the right conditions, they can be extremely beautiful.