The British are coming...right into your living rooms 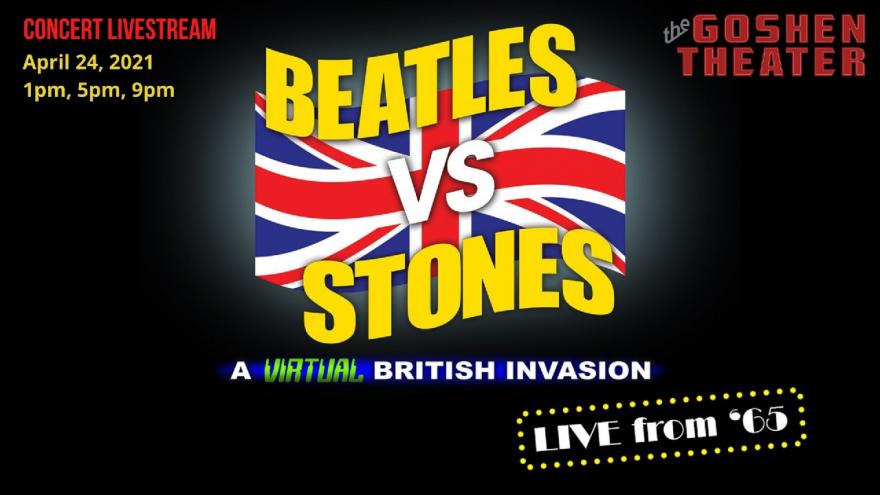 GOSHEN, Ind. – The Goshen Theater is letting fans decide who ruled the '60s rock scene with a streaming of “Live from ’65,” a live concert celebrating two of the most well-known bands of their time.

“Beatles vs. Stones: Live from ‘65” features The Rolling Stones tribute band, Satisfaction, and The Beatles’ tribute band, Abbey Road, in a musical showdown reminiscent of what American audiences experienced in the mid-'60s.

Filmed at the Covina Center for the Performing Arts in South California, the show will be broadcast in vintage black and white and feature a dynamic guest host, live audience, and retro commercials.

In a typical year, the production plays 150-180 shows around the country. This year, the shows are being brought to your home.

“Goshen Theater is known for being a community arts hub, and we try to bring great entertainment to the region. That’s been challenging during the pandemic, so when we got the opportunity to host the live stream Beatles vs. Stones concert we jumped at the chance,” said Amber Burgess, Goshen Theater Managing Director.