The deep freeze was weather, the frequency and intensity is climate

NOW: The deep freeze was weather, the frequency and intensity is climate

SOUTH BEND, IND – Climate deniers come out of the woodwork with every round of cold and snowy weather. Then hide in there burrows during heat waves. Attributing any single weather event to climate change is not scientifically accurate. It’s the frequency and intensity of such events that make up our climate history.

The polar vortex isn’t anything new, though the causal terminology to describe frigid winter weather is. The circulation around the north pole has phases that waver between stable and volatile each winter, the later leads to the outbreaks of cold.

For those that wish to know a little more about the Polar Vortex, NOAA has a website for you. It's a very large scale feature whose fringe is defined by the jet stream. https://t.co/T5ELLnfQifpic.twitter.com/3EGFxOLvX9

The most recent deep freeze was record setting, breaking daily records and threatened the all-time coldest temperature ever in South Bend, -22°F.  The lows of -20°F Wednesday and Thursday morning were the coldest since 2009 and only make up a handful to days nearly as cold in the climate record dating back to 1893.

As cold as the end of January was, the climate is still warming.  The winter season is still cold but frequency and intensity of the cold blasts are decreasing. 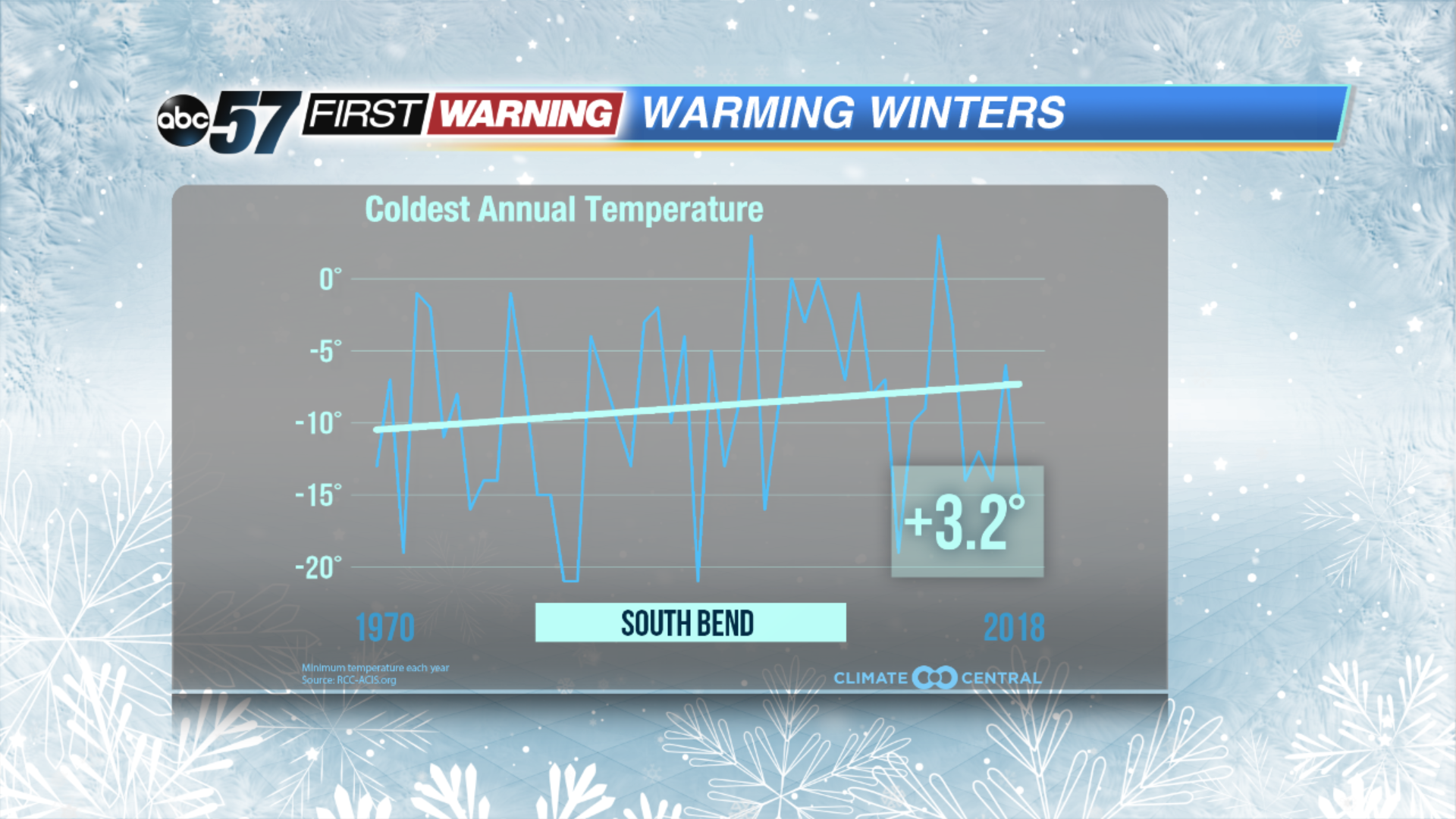 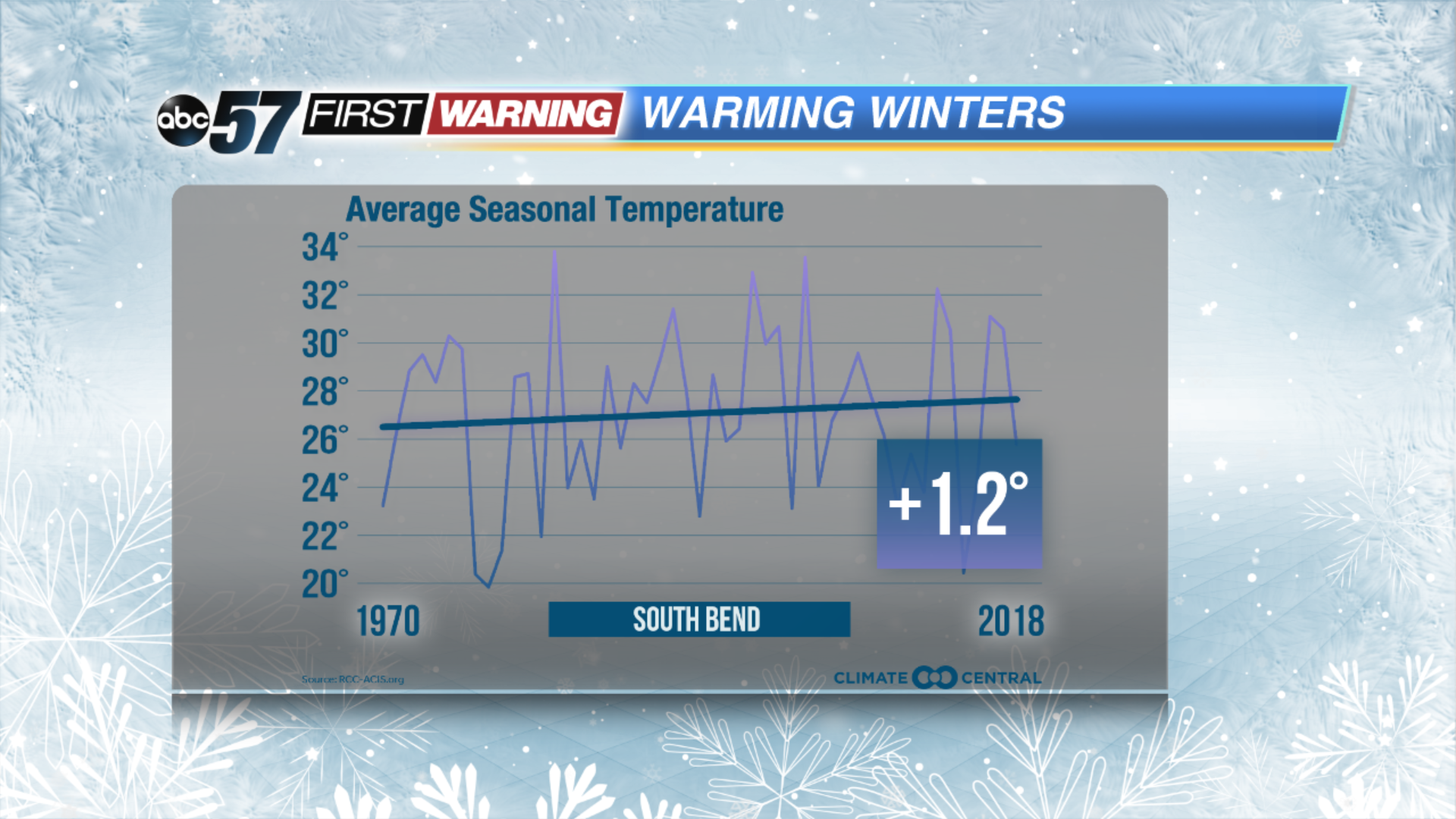 You’ll notice there is still volatility, cold years and warm years, where the lines jump up and down. However, the milder years are warmer and the colder years aren’t quite as cold and are happening less often. The trend line is warming, that’s climate change. It’s not just South Bend or the Midwest it’s happening almost everywhere.

Oh and while the parts of the United States saw a brutal cold blast, the other side of the word has been baking all summer.  A local change in the weather does not mean it’s happening everywhere in the world.

It may be #polarvortex cold ? in parts of the United States right now, but #Australia is sweating through a sweltering summer. ?https://t.co/0UOQUOIBV2https://t.co/ZG2me05kzL#NASA#weather#temperature ?️ pic.twitter.com/qGkA1PEInX

It may be #polarvortex cold ? in parts of the United States right now, but #Australia is sweating through a sweltering summer. ?https://t.co/0UOQUOIBV2https://t.co/ZG2me05kzL#NASA#weather#temperature ?️ pic.twitter.com/qGkA1PEInX