The GOP presidential ticket hits the campaign in key states 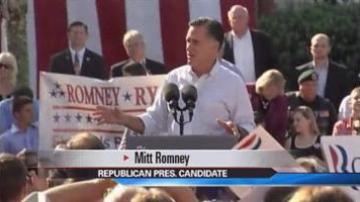 Mitt Romney and his new running mate Congressman Paul Ryan were out on the campaign trail Monday.

Ryan found himself in Iowa, a key battleground state in the upcoming presidential election.

While Romney continued his bus tour in Florida.

The big issue that Romney took on Monday was Medicare.

He wants the retired seniors in Florida to believe that cutting $7 billion out of the budget is a bad idea.

"We need to preserve and protect Medicare," Romney said.  "Paul Ryan and I are going to find a way to cut the budget."

On the other side, President Obama started a three day bus tour in Iowa.