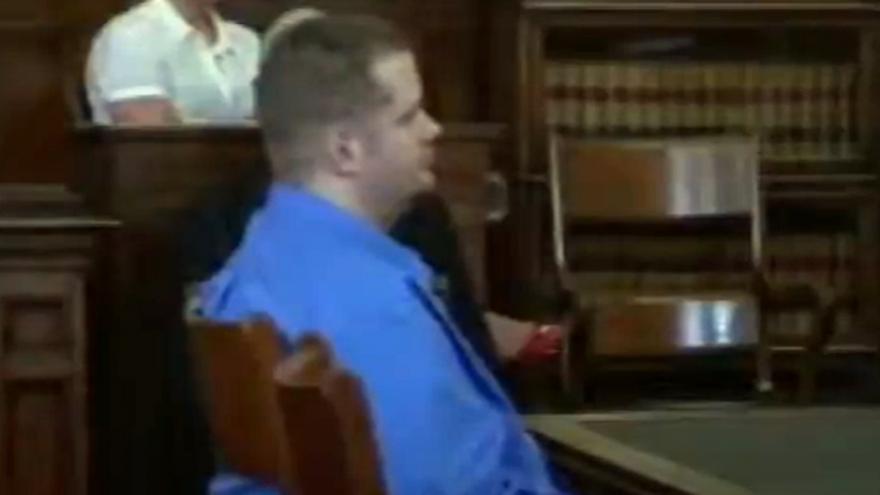 PAW PAW, Mich. - The jury is still out on the case against Junior Lee Beebe and they will now be reconvening Tuesday morning.

The closing arguments were heard for Junior Lee Beebe who is accused of killing his girlfriend, Tonya Howarth, and his cousin's wife, Amy Henslee back in January.

Beebe is says to have buried the bodies of both women near his home in Bangor Township, along with hiding the weapon to cover it up. The bodies of the two women were found four days after Amy Henslee's reported disappearance.

Beebe claims that Tonya Howarth shot Amy Henslee once in the leg and then again in the chest after she walked in on Beebe and Henslee, who he says were having an affair at the time. However, did admit to shooting Howarth after a short struggle but says it was self-defense.

Family members of both women say they're hoping the end of this trial can bring them a little closure. Today was especially draining on the families as they had to hear about what happened the day the two women were killed.

"I have been here all week to support Amy and to support the family," says Amy Henslee's great-aunt Char Jorgensen.

Char Jorgensen says she wants to see justice for Amy, but says she was not surprised to hear that the jury had not come back with a verdict by the end of day.

"They have a lot of things to process like everyone else so we can expect them to go in and have it be a slam-dunk."

Jorgensen says it been very stressful for their family and says she was hoping it would finally be over today. "I think we were hoping that it would be over so that we could put everything behind us and move on, but that didn't happen so we have to accept that."

Today in court both sides played on the families' emotions. The prosecution stressed to the jury that Beebe was a liar and murderer.

The defense argued that Beebe's story of a jealous lovers' quarrel matched up with witness testimonies. Beebe's lawyers said the prosecution came off weak by attacking his story.

"The weakness is they have no version of what happened. They have no alternative story to present so if the prosecution wants to attack Junior's story well then fine, tell us your story, and they don't have one."

The prosecution pointed to the fact that both women were shot twice, saying that's evidence of deliberate action and not self-defense.

The prosecution says Tonya Howarth's two gunshot wounds to the back of her neck and head are not consistent with Beebe's story, even referring to her death as an execution.

Eventually the courtroom drama got so intense the judge ordered the cameras off so he could address the court room privately.

"Maybe just a gasp or an 'oh, no that didn't happen' but he just simply said that he heard it so the jury obviously heard it and that was a concern of his," says Jorgensen.

During the closing arguments the prosecution pushed for premeditated murder, but the defense says it could be no more than manslaughter.