Lake effect snow is possible Thursday night and Friday morning, but the setup is not right for strong lake effect bands to develop. There are several ingredients needed in order to produce a significant lake effect snow event.

The most important is the fetch, which is the distance the wind travels over the lake. We get lake effect snow when winds flow from the north, northwest or west over Lake Michigan. The longer the fetch, the better, because wind flowing over the lake has a longer time to warm, moisten and evaporate. Since Lake Michigan is 307 miles long, a north wind usually creates our most intense lake effect snow storms. 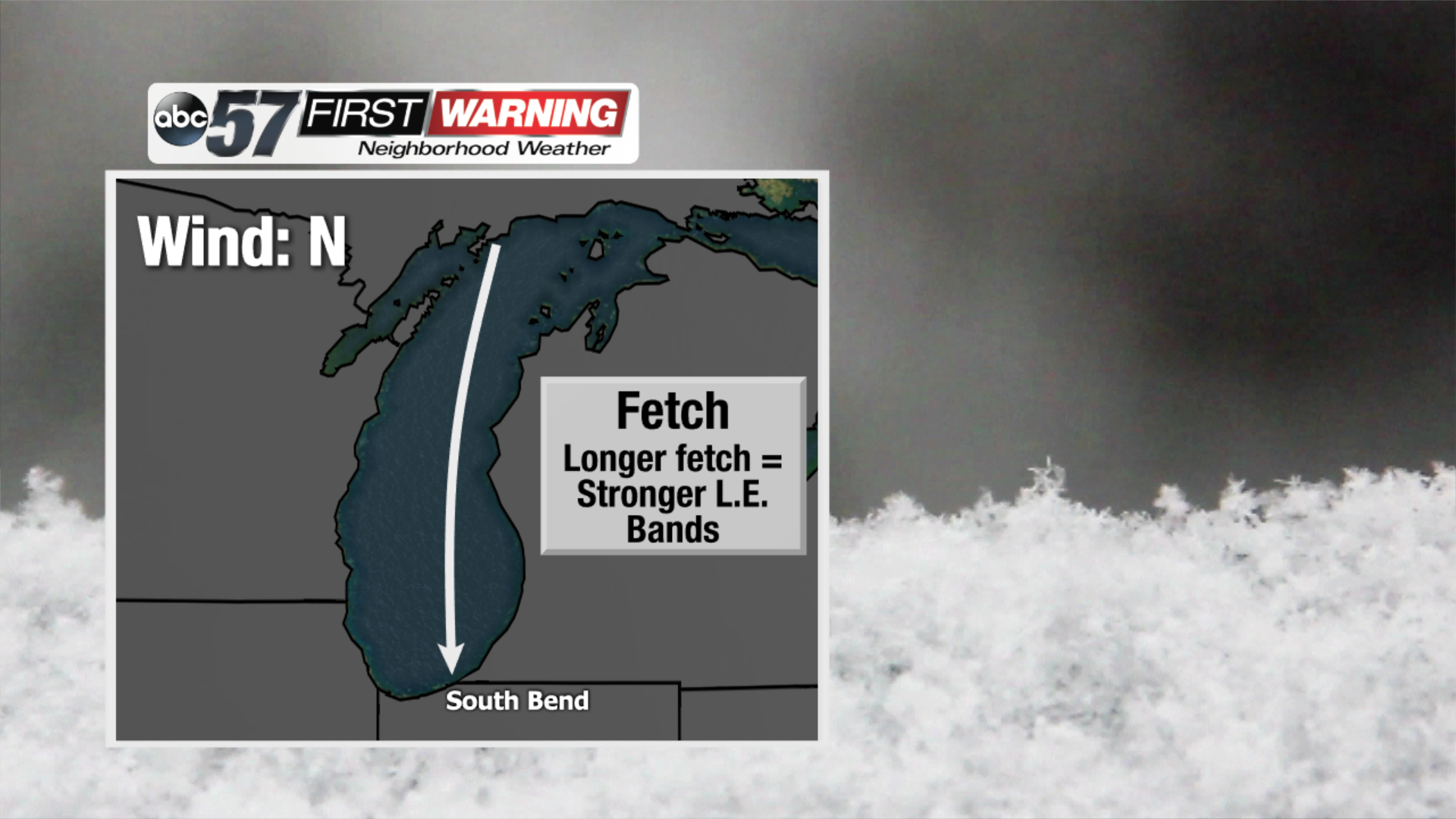 Thursday night, the fetch will shift from the northwest to the west, meaning that it will not be best for lake effect development, and that our Michigan counties have the highest chance of seeing snow.

There are a few other key ingredients needed for lake effect snow to develop.

The problem with Thursday night and Friday morning lake effect potential is that we have each of these ingredients, but the timing is not lining up perfectly. While we will see some lake effect showers, they will not be intense or significant.

Go to our homepage to see the snow forecast for Thursday and Friday.