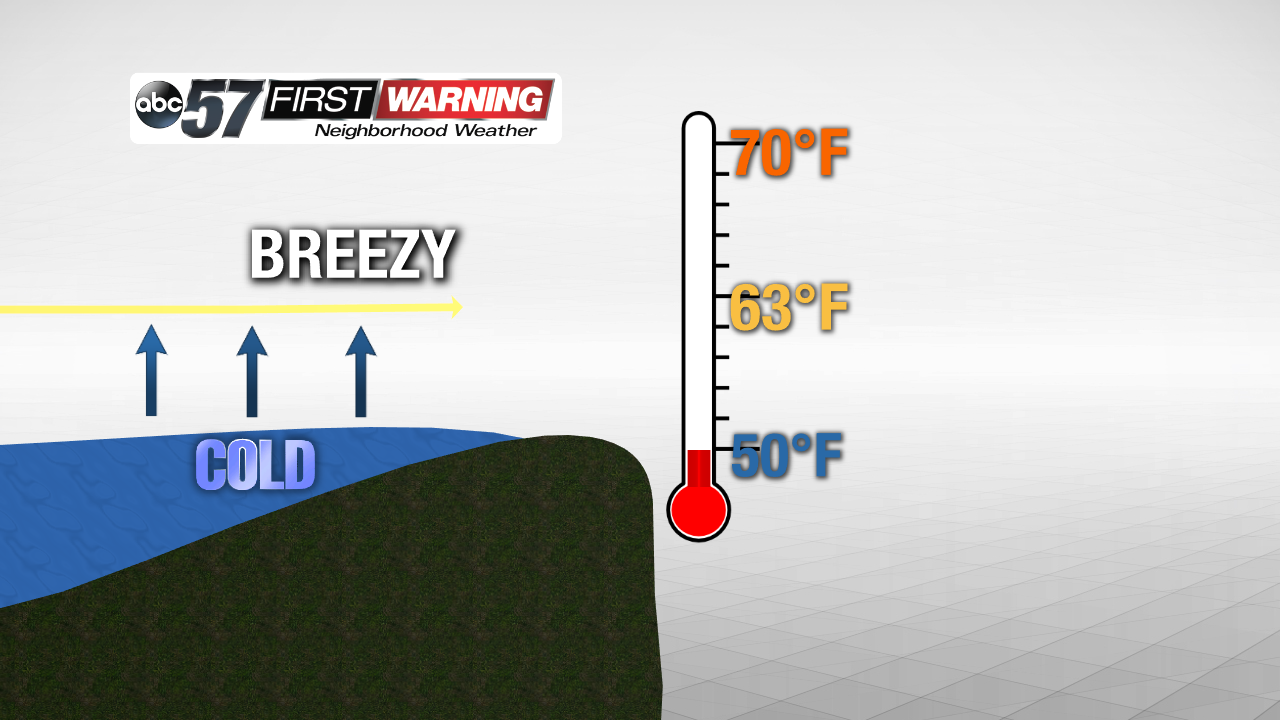 Have you ever wondered how or why areas like Benton Harbor, New Buffalo and Michigan City are much colder than areas like South Bend, Plymouth and Elkhart during the spring and summer months? It happened Thursday. Benton Harbor's temperature was in the 50s during the late afternoon hours. Meanwhile, temperatures elsewhere were in the upper 60s and lower 70s. Similar temperature trends can happen through the spring months. But why? Well, it all boils down to Lake Michigan. After the frigid winter months, Lake Michigan water temperatures are very chilly. As of Thursday, the water temperature at both Michigan City and St. Joseph is 40°. When the water is cold, the air that sits just above the lake's surface is cooler than the air that sits over land.

When the land warms up during the day, a strong temperature gradient establishes itself between the lake and land. This gradient sometimes forces a lake breeze to develop. What happens is the air over land heats up and rises, thus making way for the cold air that sits over Lake Michigan. That cold air gets pushed inland as a result of the lake breeze. As a result, temperatures along the coast and even several miles inland fall. 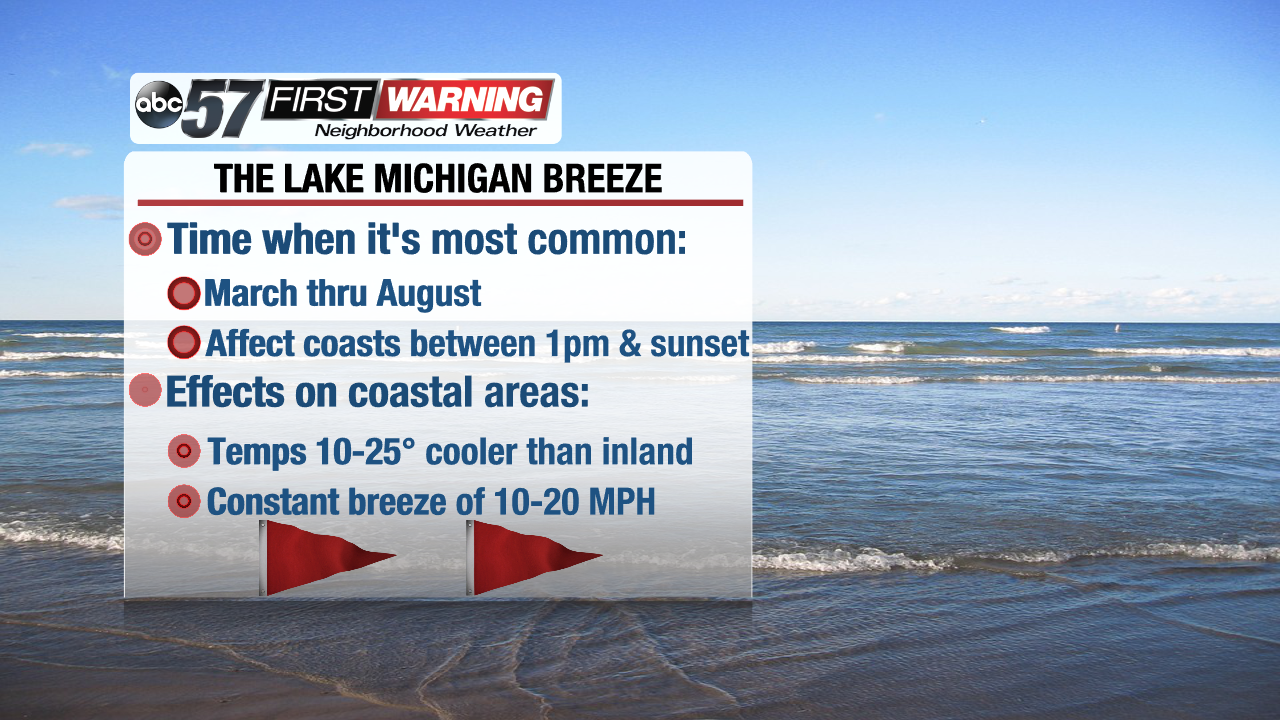 Typically, lake breezes develop once the land warms up enough during the day. This occurs during the early afternoon hours in most instances. For example, the temperature in Benton Harbor can warm to 75° by 1 PM on any given day, but once that happens, a lake breeze can develop and cause that temperature to drop as much as 10-20° by the late afternoon and early evening hours. These lake breezes can develop during the spring and summer months, but are most common from March and April through the first half of July. This is because the water temperature during this period is much colder than the land temperatures. Of course, it isn't all bad. When a lake breeze develops on a day in which temperatures soar into the mid-90s, the beach is usually a popular destination. That's because the temperatures along the immediate shoreline are in the lower 80s, if not cooler!