The man behind that entertaining vendor chant at Four Winds 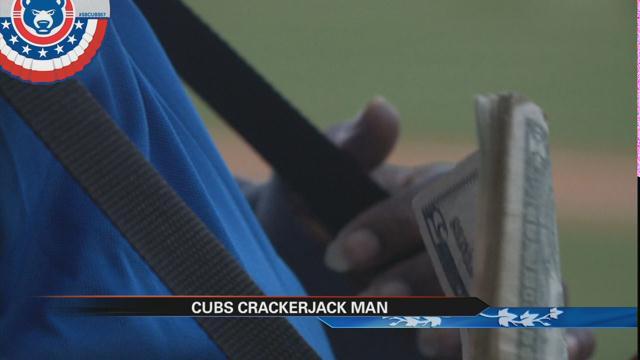 Attending a game at Four Winds Field may leave one with a chant stuck in their head.

The man behind the voice made it up on his own, as a creative way to get the fans in the stands going.

He calls himself "Tony the Beer Man," but he's more than a beer vendor.

His voice echoes throughout the entire stadium and his laugh is contagious; he is that extra entertainment that some come to the game for.

“If I'm out here getting the patrons to really interact and they're out there doing what they're supposed to be doing then it's a good day," said Tony Allen.

In football they have the twelfth man, but at Four Winds Field, the Cubs should call Tony their tenth man.

"You may not see me all the time, but guaranteed you'll hear me," said Allen.

He may have gone to school to be a chef, but he found this calling decades ago.

"I've been vendoring for about 30 years. It comes naturally to me, so why change it?” said Allen.

The only thing Allen has changed is his location; he is originally from Chicago.

“Oh my God! It's like being at home. I worked at Wrigley Field during the 90's," said Allen.

He has been working in South Bend for nearly a decade.

“I came back here, one of my kids took sick, ill, and I ended up in the stadium and I've been here ever since. I have so much fun, I forget about anything else," said Allen.

It is the job and sharing his contagious laugh that keeps him going.

Something he says he is not willing to give up.

“Wouldn't change it for the world, I've been doing it so long and I really enjoy it.”