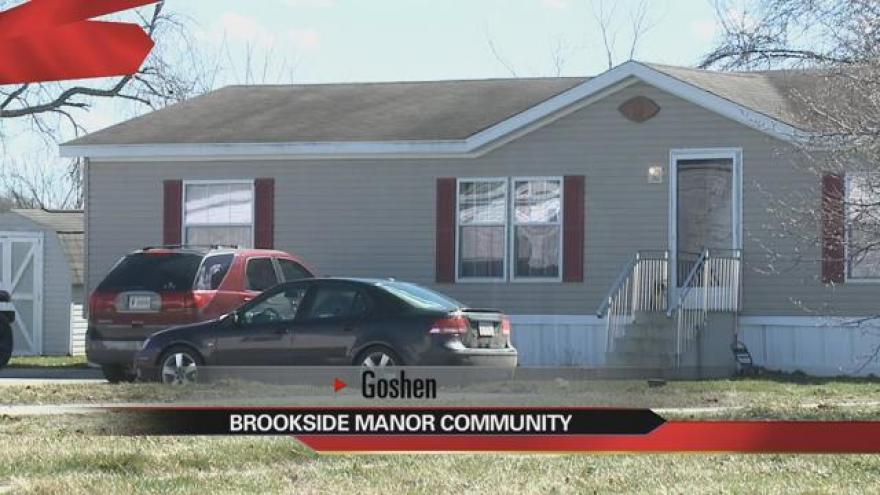 On Wednesday the family of Jose Nava-Orozco is back in their home. The Goshen Police Department released the home back to the family after three days of investigating.

Police have not talked on camera but sent out a statement outlining what has been done since the double homicide at Brookside Manor.

They say it has been a collaborative effort between Goshen Police, Elkhart City Police, and the Prosecutor’s Office.

The statement also said nearly a third of the Goshen Police Department has been dedicated to the investigation full time.

Although no suspect has been named, the department says it’s confident this case will be solved.

They continue to hold back details and say it's all to protect the investigation.

Crime tape no longer hangs near Pebblebrook Drive near the home where Marco-Carmona-Gonzalez and Jose-Nava-Orozco were fatally shot multiple times.

Today the Nava’s hung a sign from their front door reading “We do not want to talk right now.”

Police share a similar sentiment. Email notices are sent out but they are yet to talk on camera.

A press conference was originally scheduled by the Mayor’s Office for Wednesday afternoon.

Wednesday morning that meeting was canceled in an email notice stating “In order to preserve the integrity and sensitive nature of the criminal investigation, which is of paramount importance, no further information will be released at this time.”

On Tuesday the Carmona family said Marco barely had a parking ticket.

Doing some research on Jose Nava-Orozco, he did have a few minor violations.

He was arrested three times but all for traffic offenses. A violent criminal past was not found.

That makes Sunday morning’s double murder even more puzzling for family and friends.