The nostalgia 'Force' is strong with 'Star Wars' fans 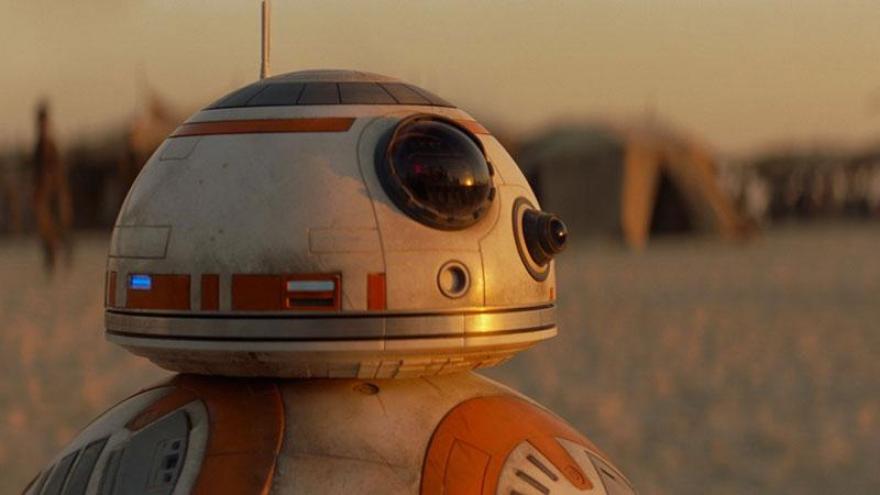 (CNN) -- Watching the Millennium Falcon soar across the screen again, or hearing the familiar sounds of a lightsaber duel in "Star Wars: The Force Awakens," opening in theaters this week, is bound to evoke nostalgia for fans. What's old is new again, reminding them of their first glimpse into the "Star Wars" universe, whether it was in 1977 or 2005.

There's a science behind why longtime franchises like "Star Wars" can summon this very specific emotion, according to Dr. Clay Routledge, a social psychologist and associate professor of psychology at North Dakota State University who researches nostalgia.

Nostalgia is defined as a sentimental or wistful longing for the past, Routledge said. It is a largely positive but bittersweet emotion for something we don't have in our lives all the time, which makes it even more meaningful to remember.

Sensory triggers can be some of the most powerful for those feeling nostalgic, especially sights (like watching the two suns set over Tatooine in "A New Hope") and sounds (R2-D2's beeping) that summon specific memories. And those triggers also create the warm, happy glow we associate with the favorite things from our past.

That happy sensation comes with added benefits. Routledge's studies, along with those of other nostalgia researchers such as Tim Wildschut and Constantine Sedikides, have shown that nostalgia can cause increases in positive mood and emotional benefits, as well as a youthful optimism for people over age 40.

The social benefits of nostalgia can create a greater sense of love, connection, self-esteem and meaningfulness, especially when people summon memories involving success or benchmark life experiences. In times of uncertainty, they can use nostalgic memories to "right the ship" and feel inspired by what they've achieved in the past to pursue a brighter future, Routledge said.

Emily Manor-Chapman, who leads a team of engineers for the Juno mission to Jupiter at NASA's Jet Propulsion Laboratory, remembers how her love of space and the desire to work in engineering coincided and grew when she watched the "Star Wars" films while in high school.

"Watching Luke Skywalker trying to figure out his path, I really drew parallels as a high school student," she said. "It helped me to figure out the mark I wanted to make."

May the community be with you

Nostalgia also has the ability to promote cultural continuity, Routledge said. Long-running franchises such as "Star Wars" keep the same characters and storylines alive from generation to generation. That, combined with the franchise's underlying structure of good vs. evil, can be likened to the passing along of old mythologies, he said.

For parents, introducing their child to an old favorite creates a bridge of shared memories they can carry into the future.

"There is always a new generation for the passing of the torch," Routledge said. " 'Star Wars,' as a movie, could be an individual experience. But it has become a shared experience surrounded by a community aspect."

The introduction of new characters in "The Force Awakens" creates an opportunity for young fans to feel a connection with characters they can call their own, like the rolling droid BB-8. New collectibles, such as Brookstone's app-enabled BB-8 droid, have already been hot sellers ahead of the film's release. Collectibles from the previous films have long fueled nostalgia for fans.

"For me it is reminiscent of happier times in your life. It's about your childhood when times are a bit simpler," said Tom Via, CEO of Brookstone. "It's about a time when all your friends really really got into something and you played together."

For some, the community surrounding "Star Wars" is just as enticing as the films, collectibles or expanded universe created by books, comics, shows and gaming.

Keri Bean, who works on the Dawn and Mars Exploration Rover missions, was more invested in fantasy and the "Lord of the Rings" as a child, but her work with robotics for NASA created an interest in the droids of the "Star Wars" universe for her about a year ago.

Now, Bean is part of an R2-D2 builders club, some of whom constructed droids for the new film. She's already built a prototype with her husband and works on her own custom fully functional R2 unit in her spare time. After she completes it in two to three years, Bean wants to take it to visit children's hospitals.

Brandy Roatsey, a lifelong "Star Wars" fan, connected with the dynamic mythology of the "Star Wars" universe as a child while watching it with her father. When she moved to Atlanta 10 years ago for work, Roatsey didn't know anyone. She found a local "Star Wars" fan group, the Hothlanta Rebels, who met for lunch regularly.

"It was the best decision of my life, all thanks to the inclusive and welcoming nature of 'Star Wars' fans," she said.

They not only introduced her to Atlanta, but the idea of Dragon Con, the world's largest fantasy and science fiction convention held in the same city. Now, she's the track director for Star Wars at Dragon Con and is in charge of scheduling panels and guests for the convention each Labor Day weekend. Roatsey has loved watching the fans come together and bond over their favorite aspects of the franchise.

But Roatsey is especially in awe of charitable and nonprofit organizations like the 501st Legion, Rebel Legion and Mandalorian Mercs Costume Club. Not only do these groups create screen-accurate costumes from the films, but the volunteers also donate their time to raising money for families and children in need while making time to visit children's hospitals in character.

'Short for a Stormtrooper'

You could say "Star Wars" and the community around it changed Katie Goldman's life.

CNN shared Katie's story in 2010 after she was bullied and teased for liking "Star Wars" at age 5. When her mother, Carrie Goldman, shared the account of what her daughter went through on her blog, "Star Wars" talent and fan communities rallied together to support Katie. The 501st even created a custom suit of Stormtrooper armor for Katie, which she wore proudly as she embraced her passion for "Star Wars."

Goldman and her husband, Andrew, adopted Katie as a baby out of foster care. Because Katie wouldn't have the biological grounding for relating to her adoptive parents, they knew she might feel different and they would have to build the foundation instead. As she grew older, Katie attached herself to the things her parents liked. Andrew just happened to be a "Star Wars" fan.

"They don't share the same genes, but they can share the love of 'Star Wars,' " Goldman said. "When she was 5, Katie connected to the idea of Leia as someone who was also adopted and identified with her. And when we found her birth brother and sister and introduced her to them, to her it felt like when Luke and Leia are reunited."

Katie, now 12, has started to come out of her shy shell and become an advocate in a way that Goldman didn't expect. When Katie heard about another girl, Allie, who was bullied for liking "Star Wars," she gave up her Stormtrooper armor and paid it forward. It has since passed on to another girl, Layla, creating a "sisterhood of the traveling armor," as Goldman likes to say.

"That armor gets stronger and stronger with every story that it carries," Goldman said.

In times when Katie has needed the support of the "Star Wars" community again, they are always there for her. On tough days, like when she went through a rough patch in fifth grade, Katie was able to look at the 552-page book of more than 3,000 personalized messages that were gathered to support her after she initially faced bullying.

" 'Star Wars' unites people who wouldn't have anything else in common," she said. "Parents and children bond over this. It's a shared investment with an optimistic message. And it allowed Katie to take ownership of being different in a positive way. She identifies herself as 'Katie Goldman the Star Wars Girl,' and that's special to her."

Without "Star Wars" and its community, Katie wouldn't have that source of positivity, Goldman said. And all of it can be traced back to sitting down to watch the first "Star Wars" film with her father. These memories will stay with her. and one day, she can share the nostalgic joy of "Star Wars" and what its community has done for her with her own children.

"Nostalgia is an important way that we connect across generations," Routledge said. "There are so many things that are always changing, but nostalgia is the social glue for creating shared, meaningful experiences."