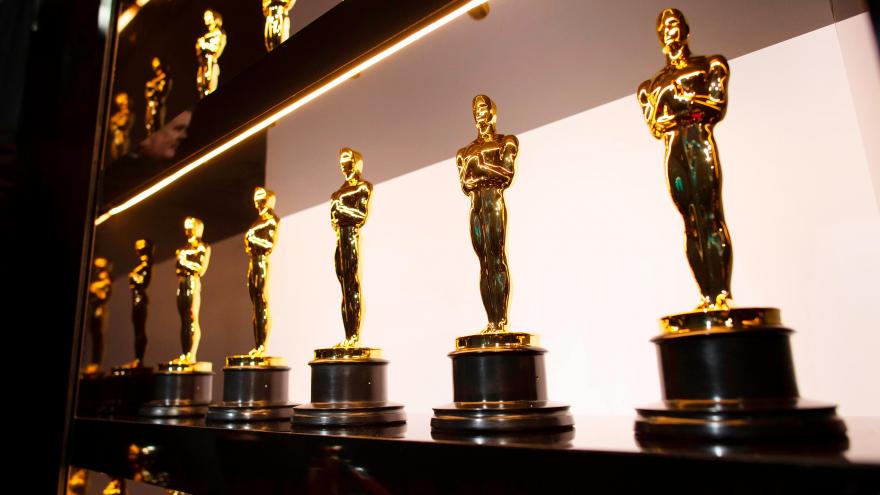 (CNN) -- Five years after the #OscarsSoWhite hashtag triggered controversy, the group behind the awards has made inclusion a requirement to be considered to win them.

In what represents the most direct link between the movie industry's top prize and efforts to promote diversity and address systemic issues, the Academy of Motion Picture Arts and Sciences announced Tuesday that movies must meet certain criteria in terms of representation in order to be eligible for the Academy Award for best picture beginning in 2024.

Introduced under an initiative called Aperture 2025, the organization said the goal was to "encourage equitable representation on and off screen in order to better reflect the diversity of the movie-going audience."

Films must meet at least two of four benchmarks. They include featuring actors from underrepresented groups in significant roles or accounting for at least 30% of the cast; similar criteria in terms of those working on the film behind the scenes; a significant commitment to paid apprenticeships, internships and career development; and significant representation among the teams devoted to marketing, publicity and distribution.

During the Oscar campaigns in 2022 and 2023, movies will have to submit a confidential "inclusion standards" form, but that won't prevent eligibility until the 96th Academy Awards. Next year's awards, encompassing movies released in 2020, have already been delayed by two months due to the disruptions to film distribution caused by the coronavirus.

The change was made in consultation with the Producers Guild of America, and adapted from standards developed by the British Film Institute that must be met to earn funding for certain projects in the U.K.

The latest announcement follows a concerted push by the Academy to expand its membership ranks, admitting more women and people of color. In June, an additional 819 new members were invited into the group, 45% of them women and 36% people of color. Representation among the latter has more than doubled since the membership initiative began in 2016.

The Oscars made history earlier this year when "Parasite" was anointed best picture, becoming the first non-English-language film and first South Korean film to receive that prize.