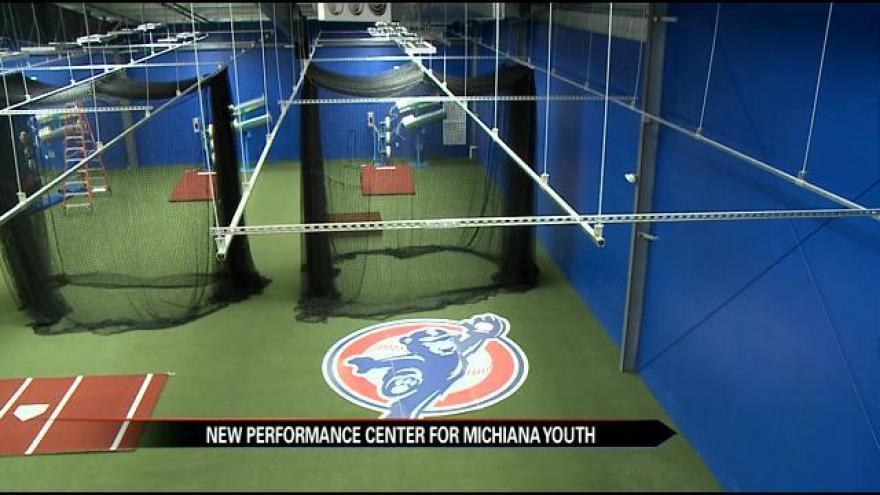 SOUTH BEND, Ind. - The brand new performance center at Four Winds Field is so much more than just a few batting cages and work out facility. It's a building that will bring the entire community closer to sport of baseball in South Bend.

Mark Haley is the name attached to this performance center and he's been around South Bend baseball for over a decade.

His passion for the sport and for developing players is undeniable.

But it hasn't been an easy 10 years for Haley or for baseball in The Bend.

“People don't realize what we've been through here in baseball,” says Haley.

South Bend was once in jeopardy of losing its minor league baseball team, that was when Haley was a development coach with the South Bend Silver Hawks.

“I remember going on-air trying to save it, to convince people that baseball is still strong here in South Bend,” says Haley.

His efforts paid off.

“Now we go from that to this,” says Haley.

“It's a one stop place and something for everybody,” says Haley.

“Basically you're creating a whole major league team and their player development philosophy in one facility,” says Haley.

This center is not just for the guys on the team, though.

Kids and adults of any age can stop in to test out their baseball skills or just have a good time.

He says because no matter your age, he wants to coach you!

“That's the passion I have to help,” says Haley.

And there is no shortage of passion with the South Bend Cubs.

Here is a link for more information for the performance center