The U.S. will face a staggering shortage of pilots 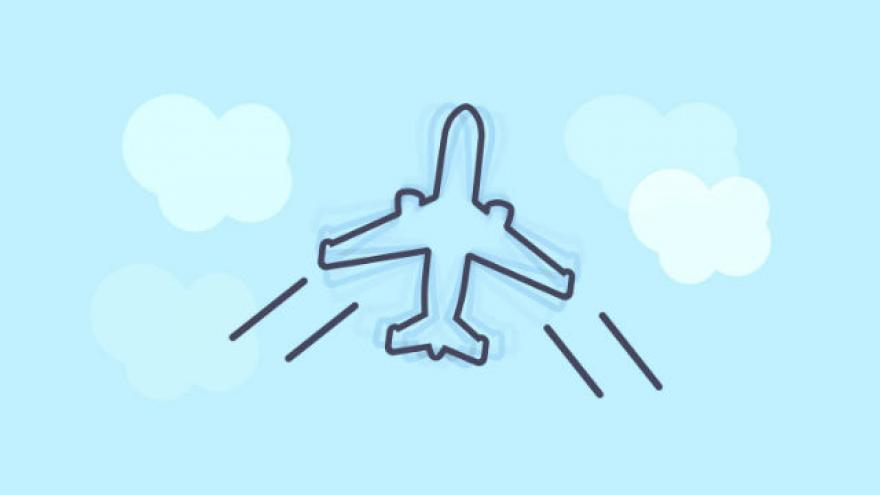 Over the next two decades, 87 new pilots need to be trained and ready to fly a commercial airliner every day in order to meet our insatiable demand to travel by air. That\'s one every 15 minutes. Photo courtesy Shutterstock / CNNMoney

SEATTLE (CNNMoney) -- Over the next two decades, 87 new pilots will need to be trained and ready to fly a commercial airliner every day in order to meet our insatiable demand to travel by air.

That's one every 15 minutes.

Passenger and cargo airlines around the world are expected to buy 41,000 new airliners between 2017 and 2036. And they will need 637,000 new pilots to fly them, according to a forecast from Boeing released this week. That staggering figure is matched only by how many will leave the profession in the next decade -- particularly in the U.S.

Retirements at U.S. airlines will start to rise precipitously starting in 2021 as the current crop of pilots turns 65, the mandated age of retirement. More than 42% of active U.S. airline pilots at the biggest carriers will retire over the next 10 years, about 22,000, according to a recent report by Cowen & Company.

In the next 20 years, airlines in North America are going to need 117,000 new pilots, Boeing estimates. And the farm team for training and recruitment in the U.S. -- the military and regional carriers -- are already struggling to find and keep aviators.

Without enough pilots, the amount airlines can fly will be capped. And an acute shortage may wreak havoc on air travel, grounding planes and reducing air service to some cities if routes are cut or curtailed.

Last month, Horizon Air, the regional arm of Alaska Airlines, said it was canceling 6% of it schedule -- more than 300 flights -- from August to September because it doesn't have the pilots. And Republic Airways filed for Chapter 11 bankruptcy protection in 2016 in part because it was "grounding aircraft due to a lack of pilot resources.

Pilots and their unions contend that there is no shortage, only a perceived one, and a dearth of good-paying flying jobs that would attract new candidates. Rather than change any standards to bolster recruitment, pilots unions have pushed for higher wages for existing pilots to increase the economic attractiveness of the profession.

And American Airlines, Delta Air Lines and United Airlines have all signed new contracts with their pilots to raise their hourly wages.

Horizon, too, says its aggressively recruiting, offering a $20,000 bonus and upped starting pay from $30 to $40 per hour. Pilots at Mesa Air Group, which offered the lowest starting wages in the industry at $22 hourly, according to Cowen, earlier in July ratified a new contract upping that to $36 per hour and offering as much as $42,100 in bonuses.

The U.S. military, too, is trying to hold on to its own highly trained pilots in uniform. The Air Force is willing to pony up to $455,000 to keep its pilots. The Department of Defense said the Air Force was short 1,555 pilots.

But it's not only a question of pay, say industry experts.

After the 2009 Colgan Air crash that killed 50 outside of Buffalo, new rules on pilot training were put in place. New pilots are required to have 1,500 hours of flight time before they can earn their air transport pilots license.

That's another 1,250 hours pilots must accumulate after getting their commercial certification.

Supporters of the rule say it has been a success and there hasn't been a U.S. commercial airline fatality since the Colgan crash.

However, critics contend the rule is a huge barrier to new pilots who would seek to start at regional airlines and also point out that both pilots on the Colgan flight had more than 1,500 hours of flight time.

"A diminishing number [of pilots] have been willing to commit the time and money to their education and training when the return on investment is somewhere between unpredictable and financially ruinous," writes airline pilot and travel blogger Patrick Smith.Pilots-in-training can take loans, regularly more than $100,000, to finance training and flight time or work as low-wage flight instructor that doesn't necessarily mirror airline operations.

And every year that goes by without joining airline ranks means one less year of seniority in an industry that won't allow working past the age of 65. That could mean forgoing up to $500,000 in earning potential, according to an industry estimate.

Republican Senator John Thune recently submitted an amendment to the 1,500 hour rule. Pilots now only need 750 hours if they trained in the military, 1,000 if from a four year school and 1,250 from a two-year college, but the amendment would give give the FAA more flexibility to award training credit to pilots -- but the move faces an uphill political battle.