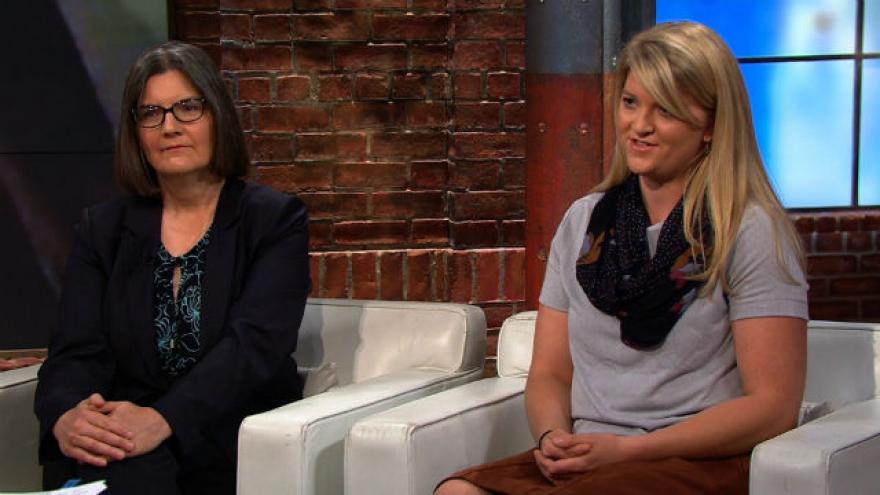 Salt Lake City, UT (KSL/CNN) -- The University of Utah nurse at the center of a highly controversial arrest that was recorded on the officers' body cameras has reached a $500,000 settlement with all parties involved.

In addition, Alex Wubbels announced Tuesday afternoon that she will use part of that money to launch a new initiative to make body camera video more accessible to all residents in Utah involved in a police incident.

"I am not in the business of setting anyone up for failure. I want us to be successful in moving forward. And I think this is a small step we can provide to enable that potential success if we are going to start asking the police departments to have body cameras,” Wubbels said outside the Salt Lake City Police Department while standing next to her attorney, Karra Porter.

The nurse added "it's shocking" that today's police forces don’t all have body cameras.

"We all deserve to know the truth. And the truth comes when you see the actual raw footage. And that’s what happened in my case. No matter how truthful I was in telling my story, it was nothing compared to what people saw and the visceral reaction people experienced when watching the footage," she said.

Wubbels' widely publicized arrest happened July 26 when Salt Lake detective Jeff Payne was sent to University Hospital to collect blood from a man injured in a crash that killed the driver who caused it. Wubbels — citing policy agreed upon by the hospital and the police department — declined to tell Payne where the patient was or allow him to draw blood.

The detective, with direction from his supervisor that day, Lt. James Tracy, ultimately arrested the screaming nurse after physically pushing her out of the emergency room and holding her against a wall while handcuffing her. Police body camera video of the incident caused outcries of protest from across the country and prompted Salt Lake City Mayor Jackie Biskupski and Salt Lake Police Chief Mike Brown to personally apologize to Wubbels for the way she was treated while doing her job.

Payne was fired from the police department. Tracy was demoted to the rank of officer. Both men have since appealed their discipline. Their appeals remained pending as of Tuesday.

Wubbels and Porter — who never filed a civil lawsuit — announced she had reached a settlement with all "U.-related and Salt Lake City-related parties" who would have potentially been named if a lawsuit had been filed.

"There will be no legal lawsuit. This part of this is over. We’re hopping the discussion about body cameras continues,” Porter said.

Matthew Rojas, spokesman for Salt Lake Mayor Jackie Biskupski, said both the city and the university agreed to pay $250,000 each.

"Salt Lake City has been focused first and foremost on ensuring policies and procedures are changed so things like this don’t happen again, and we are glad we could come to a resolution with nurse Wubbles," he said.

Since Wubbels went public with the arrest video, Porter said her client has had several goals, including changes to policy on how police interact with nurses; accountability by the officers involved; starting a public discussion on the importance of body camera video; compensation; and helping others.

Wubbels is working with the American Nurses Association on a campaign to prevent what happened to her from happening elsewhere. She also would like to speak before the Utah Legislature during the next session about the importance of making body cameras mandatory for all police agencies. And she and Porter want to help all Utahns have access to body camera video for their own cases.

"Thanks to Alex, there will be more transparency as body cam footage becomes more readily available in Utah,” Porter said.

Wubbels said she was grateful for how Salt Lake City has responded to her arrest and the settlement, but also noted she still becomes emotional when thinking about the incident.

"This landed in my lap. This is not something I sought out. I didn’t seek out the last four months," she said. "I’m incredibly humbled by change that’s happened.

"This is very emotional," Wubbels continued, "This is an emotional situation. … I’m still processing this. I mean, this is something I never expected to happen. But I’m also honored by the weight of it and honored to be the one to help make progress in our society at large."

Porter said body cameras are also important for protecting officers, with both Wubbels and Porter emphasizing there are many good officers. They stressed that fact when talking about the fatal shooting and manhunt at the university that forced the campus to go into lockdown Monday night.