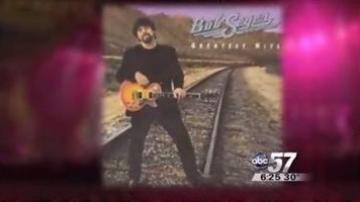 Police said the guitar, seen on the cover of his greatest hits album, disappeared between August and October, while the Segers were moving.

The instrument is worth about $10,000! The rock legend said it is irreplacable.

"I'm sure to Mr. Seger, it's a priceless item... and something that he would definitely want back," said Chief Joe George of the Orchard Lake Police Department.

So far, they have no leads.