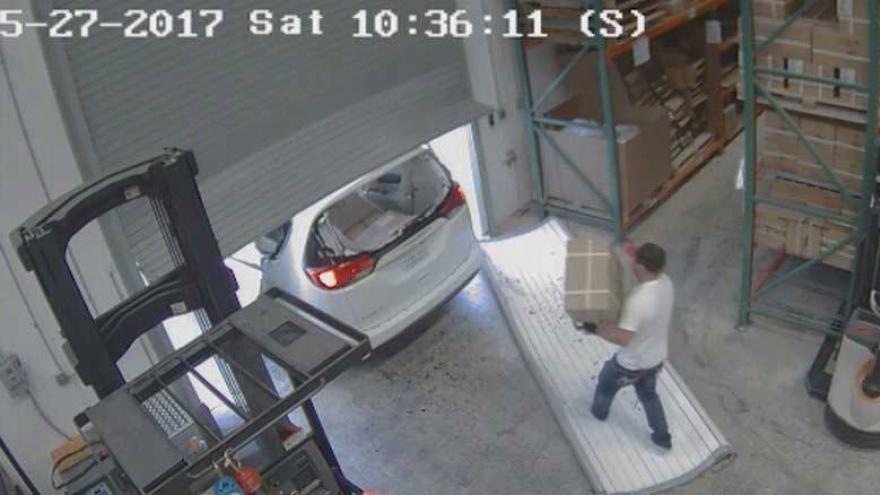 (CNN) -- Police in Las Vegas are searching for some rubber robbers.

The Sin City warehouse of a Swedish sex toy company was hit by thieves over the Memorial Day weekend -- not once, but twice. In the first theft on Friday night, the bandits broke in and stole boxes containing 30,000 condoms.

But somehow, even in Vegas, that wasn't enough. On Saturday morning, thieves returned and rammed a vehicle through a delivery door. This time they grabbed boxes containing $15,000 worth of sex toys.

In a good-natured blog post about the thefts on its website, sex toy company Lelo had only one question after the break-ins: "What kind of party are these people having? We could have done the sponsorship or something."

Lelo representative Davor Solvo had a sense of humor about the thefts, telling CNN affiliate KVVU that whoever took the condoms and sex toys probably didn't grab them "for testing purposes."

The break-ins were captured on surveillance video, which Solvo said he gave to the Las Vegas Metropolitan Police Department.