This is how you stop online exploitation of children 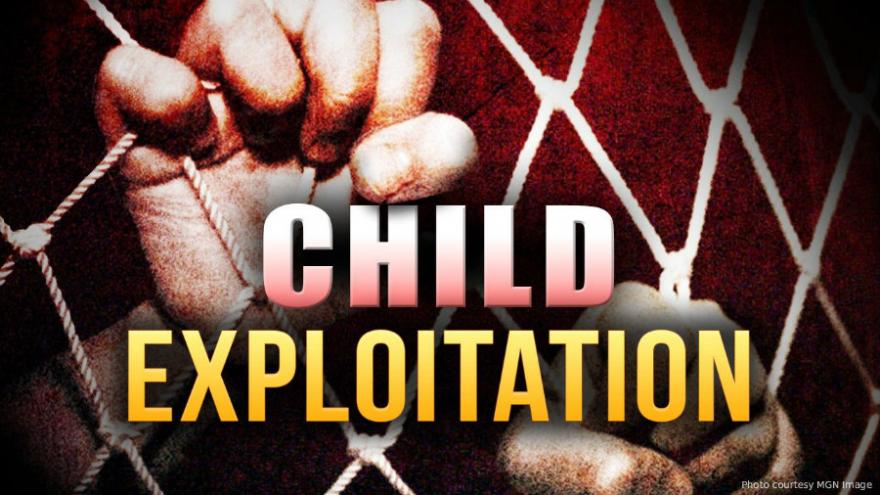 By Rod Rosenstein and Amber Rudd

(CNN) -- We are living in a truly remarkable era, in which each day seemingly brings a new technological innovation -- from health to education, communications to manufacturing -- that improves the lives of people around the world.

But some of these advancements have left children unsafe -- sometimes even in their own homes. Vile predators who seek to prey upon children's innocence have used numerous new media by which to participate in online child sexual exploitation -- through peer-to-peer file sharing, through chat rooms and through online forums.

To effectively pursue criminals and protect our children, we need a coordinated global response from governments, industry and society.

On Wednesday, the UK Home Office and the US Department of Justice joined representatives from Facebook, Google, Microsoft and Twitter to discuss our collective efforts to fight child exploitation and possible new ways to work together to thwart these crimes.

This week, representatives of our respective governments met to discuss ways to address Internet child exploitation offenses. We are already seeing significant progress.

In the WePROTECT Global Alliance -- a coalition of 70 countries, international law enforcement agencies, civil society organizations and key players from the technology industry -- we have an unprecedented collaboration with the influence, expertise and resources to transform the global response to child exploitation crimes.

Online sexual abuse of children is a modern scourge in both the United Kingdom and the United States, as well as many other nations. The UK Home Office and the US Department of Justice will continue to attack Internet child exploitation whenever we encounter it. Unfortunately, we are encountering it with great frequency. Our respective nations, therefore, have devoted significant law enforcement resources to combating the issue.

For example, the Department of Justice assigns prosecutors in each of its 93 US attorneys' offices to specialize in prosecuting child exploitation offenses. They are assisted by the 61 Internet Crimes Against Children Task Forces that the Department funds throughout the United States. In addition, the Department has a specialized unit in Washington — the Child Exploitation and Obscenity Section — that helps train prosecutors and investigators on the best ways to address these crimes. And the Federal Bureau of Investigation, Homeland Security Investigations, and the US Postal Inspection Service are just a few of the US law enforcement agencies working to stop child exploitation.

The UK's response is underpinned by the world-leading Child Abuse Image Database (CAID), a capability launched in 2014, which enables all police forces in the UK and the UK's National Crime Agency (NCA) to search seized devices for indecent images of children, and assess images for their severity.

CAID's use has enabled the NCA to review a seizure of material that would have taken a minimum of six months to review, in six weeks. The UK has brought together the technical expertise of the Government Communications Headquarters (GCHQ) with the National Crime Agency in a joint operational team, to target the most sophisticated offenders, and invested £20 million (US$26.38 million) in the last four years into specialist undercover online activity, targeting offenders who attempt to groom children in chat rooms, and on platforms and fora In the UK, results include identifying 524 victims in indecent imagery of children in 2016, and UK law enforcement is safeguarding around 500 children a month from sexual abuse and harm.

Still, there are obstacles that makes stopping predators difficult. A key problem is the movement of child exploitation images across international boundaries via the Internet. Images that were produced in one country are often sent to other countries. Fighting international crimes requires international cooperation.

To effectively pursue criminals and protect our children, we need a coordinated global response from governments, industry and society.

This includes working together to formulate innovative new solutions to disrupt criminal networks and autonomous criminals who operate internationally. Governments have territorial limitations and finite resources. They cannot be everywhere, and certainly not in the ether of the Internet. It is essential, therefore, that the technology industry work with governments to safeguard the platforms, products and applications that can be used to harm children.

Thankfully our two nations have a lengthy history of uniting to protect society from international threats, including criminal threats. Our countries repeatedly have cooperated to address emerging threats to international security and safety, and our way of life.

Technology is a key weapon in our arsenal against these horrendous crimes. We are encouraged by the development of Project Arachnid, a groundbreaking technological approach developed by the Canadian Centre for Child Protection. It uses hash lists, the "digital fingerprints" of known child exploitation images, to proactively detect child sexual abuse material online, and issue notices to content hosts so that they remove these items.

Unfortunately the pain and suffering caused by the sexual abuse of children continues when images of the abuse are shared on the Internet. Survivors report feelings of re-victimization when an image is viewed. This is another reason why we must work with Internet technology companies to erase such images from the Internet.

Consider the real case of a child who was sexually abused for 10 years, starting when she was 6 years old. The person who abused the child has been convicted and imprisoned, but now the victim must live with the knowledge that others are viewing images of her abuse with glee. The victim has received some solace from the knowledge that Arachnid found images of her. These images then were removed from the Internet, and Arachnid will continue to search for the images.

Tragically there are thousands of other victims whose images are circulating on the Internet. Our governments are striving to stop this, and technologies like Arachnid appear to be helping.

The Canadian Centre is now working with the National Center for Missing and Exploited Children to develop Arachnid into a global tool that will help technology firms of all sizes ensure that their platforms are not being misused by criminals, and that victims are identified, protected and spared further suffering.

As US Attorney General Jeff Sessions has stated: "All of our citizens deserve to live free from the threat of harm — especially our young people. So our efforts to improve public safety will make the fight against child exploitation and human trafficking a top priority."

Our agencies will continue to fight the proliferation of sexually explicit imagery of children and the harm that it causes. But our efforts alone will be insufficient to eradicate these images internationally. And as long as such images exist along with the Internet, they can be sent anywhere in the world. That is why international cooperation is essential.