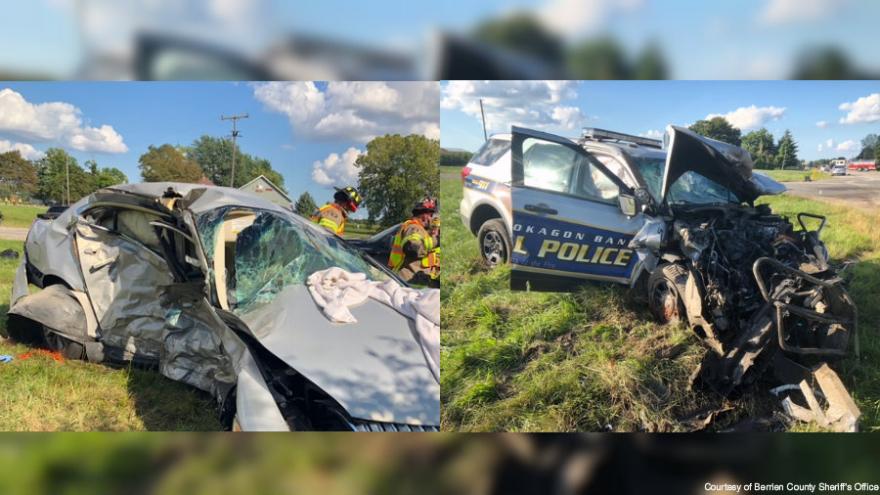 BERRIEN COUNTY, Mich. – The names of those involved in a deadly accident on Saturday have been released.

The Pokagon Police Department confirmed that two of their officers were involved in a deadly crash with a car near M-140 and Territorial at 3:27p.m on Saturday.

Two officers responding to a domestic violence incident in Silver Creek Township were hit by a car that failed to stop at an intersection.

According to Berrien County Sheriff's Office, Sherry Lynn Temple, 69, was the driver of the car and was pronounced dead at the scene based on the sustained injuries.

The driver of the police vehicle, Gustavo Pop-Monroy, 45, suffered a laceration to his left hand and a broken left forearm.

He was treated and released Saturday night from Lakeland Hospital in St. Joseph.

The passenger of the police vehicle, Earl Holbrook, 35, suffered a head injury along with a partially severed left ear an apparent broken bone behind his ear.

He will have surgery on Sunday to repair his injuries at Memorial Hospital in South Bend.

Officials confirm that emergency lights and sirens were in use on the patrol car at the time of the accident.