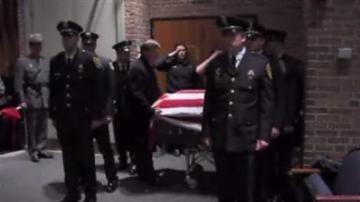 WEBSTER, N.Y. -- Thousands gathered on Sunday to remember one of the New York firefighters killed in an ambush on Christmas Eve.

Funeral services were held for the 43-year-old volunteer firefighter and police lieutenant at a New York high school.

He was one of two firefighters killed in last week's attack. Police said an ex-con set his house on fire to lure crews into a deadly attack before killing himself.

The funeral for the second victim, a 19-year-old volunteer firefighter, is set for Tuesday.