Three arrested after a chase in Elkhart on Sunday afternoon 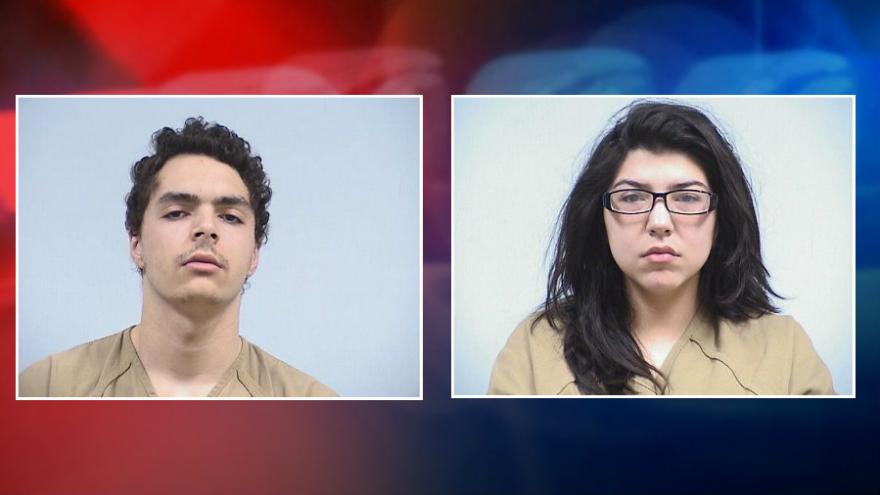 ELKHART, Ind. – Three individuals were arrested after a traffic stop in the 1500 block of East Bristol Street on Sunday.

The Elkhart Police Department stopped a vehicle with a driver and two passengers, as well as an infant inside the car around 3:48 p.m.

When the officer approached the car, the front seat passenger fled on foot.

As the passenger fled, he allegedly dropped less than one gram of marijuana.

A police canine was used to locate the passenger, officials said.

Officers could smell the odor of marijuana during the investigation, and as they searched the vehicle they found paraphernalia and over 24 grams of marijuana inside.

Though when asked, the male passenger provided a false name, Elkhart PD determined his name and found a warrant from 2017 through the Elkhart Sheriff’s Department.

Bryce Schrock, 20, of Elkhart was arrested for a warrant and alleged possession of marijuana, possession of paraphernalia, and false informing.

Melissa Salazer, 18, of Elkhart was arrest for alleged possession of marijuana and neglect of a dependent.

Andres Rivera, 19, of Elkhart was arrested for alleged possession of marijuana, resisting law enforcement, and neglect of a dependent.