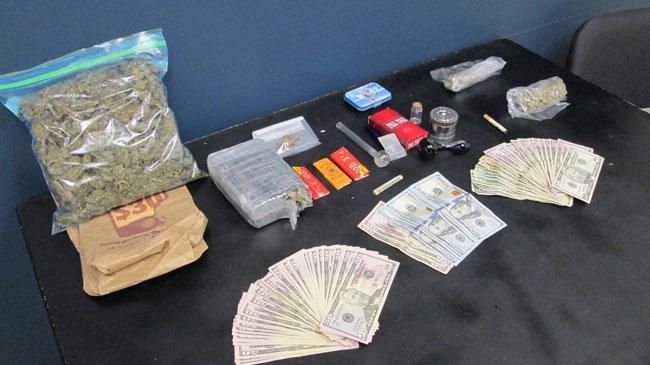 Three people were arrested on drug charges after a LaGrange Police officer conducted a traffic stop on a vehicle on US20 Thursday evening.

The officer conducted a traffic stop on a GMC Yukon for speeding on US20 in the area of 1775 E.

During the traffic stop, the officer said he became suspicious and deployed his K9 Jax to conduct a free air sniff of the vehicle.

Jax alerted and the officer conducted a probable cause search of the vehicle.

The officer located 2 pounds of suspected marijuana, methamphetamine, drug paraphernalia and over $4,000.00 in US currency in the vehicle, according to reports.

Passenger Robert Cooper of Hudson was arrested and charged with possession of marijuana with a prior conviction and over 30 grams, dealing in marijuana, and visiting a common nuisance.