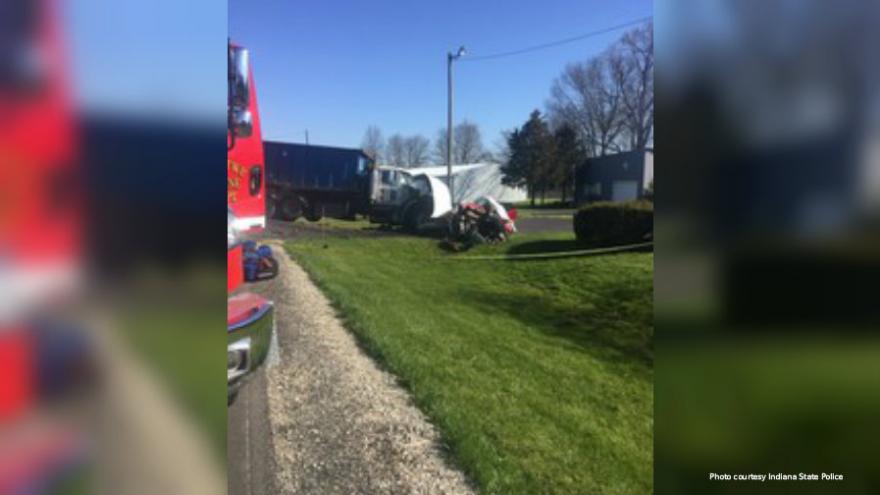 WABASH COUNTY, Ind. – A suspect wanted for murder and two others are dead following a crash in Lafontaine, Indiana Saturday morning.

According to Indiana State Police, Kaleb Marin, the man accused of shooting and killing a 22-year-old, was a passenger in a vehicle that crossed the center lane of State Road 15 and struck a garbage truck head-on.

Marin and the two other occupants of the vehicle, 19-year-old Terissa Williams and 21-year-old Thomas Reed, were pronounced dead at the scene.

Firefighters said it took over an hour and a half to extricate the three victims from the vehicle.

The driver of the garbage truck was transported to a hospital in Fort Wayne for treatment of back pain.

Troopers say there was evidence that Marin stole firearms and cash from the scene of the murder. One of the stolen firearms was found in the crashed vehicle.

Officials say Marin’s involvement in the murder and the crash are still under investigation.