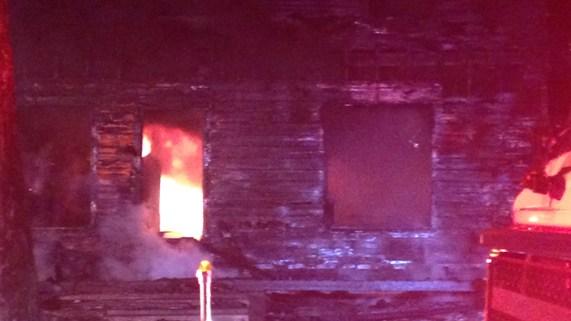 Two homes caught fire in the 500 block of Scott St. near Lincolnway West in South Bend.

Neighbors who live along that street said they didn't think anyone lived in the home that burned down.

It's possible the second house caught fire from the first.

One woman who was in the second home that started to burn only knew it was on fire when she woke up and saw her windows fogging up. Then, she says she heard the glass break as the windows got blown out.

She was able to escape safely.