Three injured in fiery crash on US30 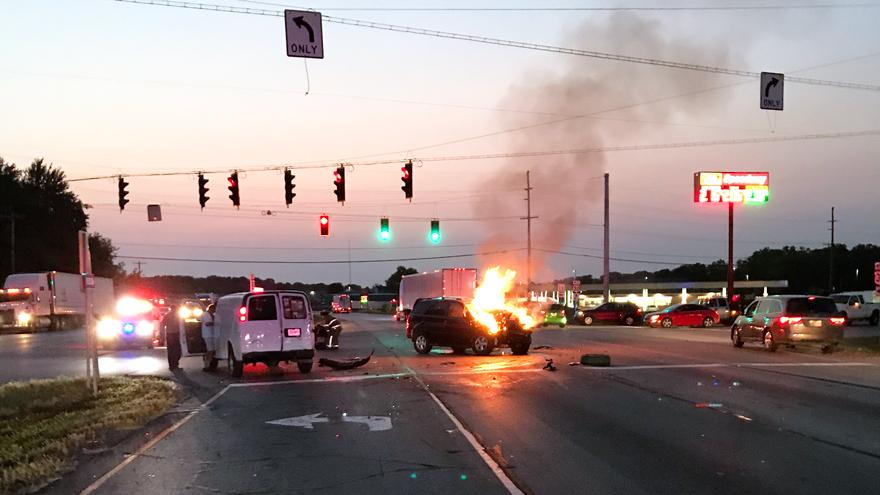 Three people were injured in three vehicle crash that happened on US 30 at SR 13 Tuesday evening, according to the Kosciusko County Sheriff's Office.

Emergency responders were called to the intersection just before 8 p.m.

The preliminary investigation showed a 2008 Kia Sorento was traveling westbound on US 30 approaching SR13 when it rear ended a 2019 Ford Ranger stopped in the left hand travel lane of US 30, deputies said.

A 2017 Chevrolet Express was struck while in the left hand turn lane, reports said.

The Sorento caught fire after the crash. The driver was pulled from the vehicle by good Samaritans.

The drivers of the Ranger and Express were taken to Warsaw hospitals for non-life threatening injuries.

The driver of the Sorento was taken to a Fort Wayne Hospital in serious condition.