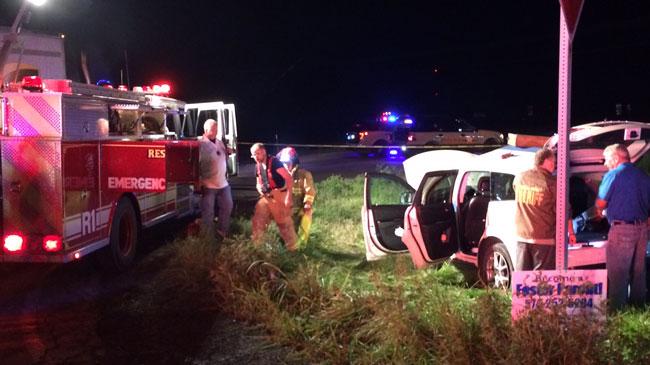 Three people were killed and two were injured in an accident at US30 and SR 19 Thursday evening, according to the Kosciusko County Sheriff’s Department.

Deputies and emergency personnel responded to the accident at 10:24 p.m.

According to the preliminary investigation, Samita Sood was driving a van eastbound on US30 and turned onto SR19 into the path of a westbound semi.

There were five people total in Samita’s van.

Samita, 37, and passenger Subhash Sodd, 68, were taken to Lutheran Hospital in Fort Wayne.

Passenger Navedita Bhambhani, 46, was flown to the hospital via helicopter. She died of her injuries Friday morning.

Passengers Ramesh Chand, 70, and Subhash Sood, 69, were pronounced dead at the scene.