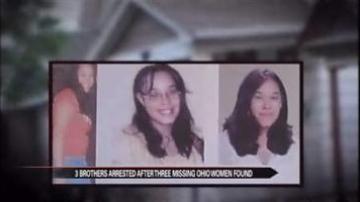 CLEVELAND — Three Cleveland women missing for a decade are recovering in the hospital. They were held hostage for ten years.

According to police, three Hispanic brothers in their 50's are in custody.

Amanda Berry, Gina DeJesus and Michele Knight were abducted as teenagers and were rescued when neighbors kicked open the door of the home after hearing cries for help.

Neighbors who knew one of the suspects says he appeared to be a normal guy.