Three of the Elkhart Four resentenced 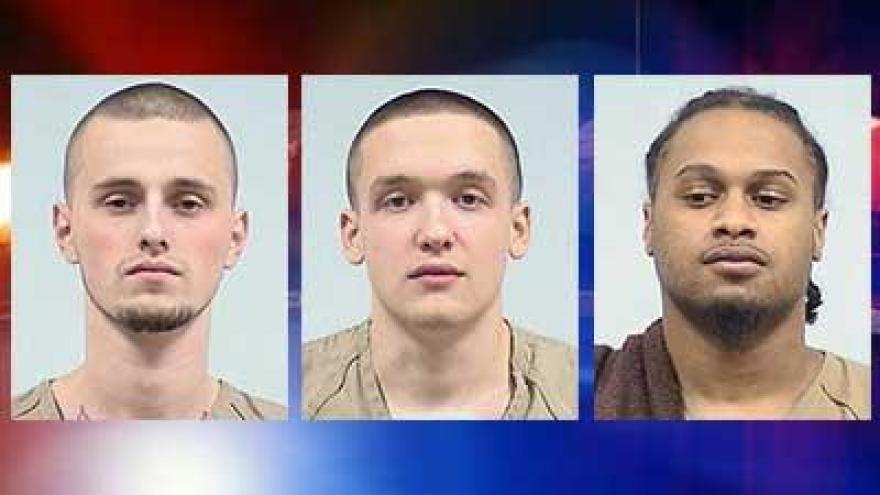 Three of the Elkhart Four, whose murder convictions were overturned by the Indiana Supreme Court, were sentenced on burglary charges Thursday.

Blake Layman, Levi Sparks and Anthony Sharp were convicted of murder in the death of their co-conspirator Danzele Johnson in August 2013. They were sentenced to more than 45 years in prison.

The Indiana Supreme Court overturned their convictions for the murder charge and found them guilty of burglary, a class B felony, in September 2015.

Blake Layman was sentenced to ten years in prison.

Levi Sparks was sentenced to 9 years.

Anthony Sharp was sentenced to 10 years.

Layman's mother says she is relieved.

"I think he has matured a lot and I am hoping when he gets out that's nothing that will be on his mind he is thinking about work, family," said Angie Johnson, Layman's mother.

Levi Sparks' mom says she has seen a similar change in her son.

"He has matured a lot since he has been in there I can hear it from his voice even in his writing he has goals he wants to do afterward he gets out," said April Erdos, Sparks' mother.

Their attorneys say with good behavior and credit for classes, they could all be out sometime this year.

"We have concerns for the safety of our community we always do. We are not convinced that any of them have truly learned to appreciate the privacy and dignity of other people's rights," said Becker.

She says they also need to remember Danzele Johnson.

"In the grand scheme of things, he is dead. His family will never be able to see him grow and given that chance that these individuals now have," said Becker.

The fourth man charged in this case, Jose Quiroz, accepted a plea deal and his sentence was not affected.

The court overturned the murder conviction because for the felony murder charge to apply, the defendant had to have the ability to forsee the possibility the victim might resist or law enforcement would respond, that created a risk of death to the perpetrators.