Three victims of fatal crash on US 20 identified 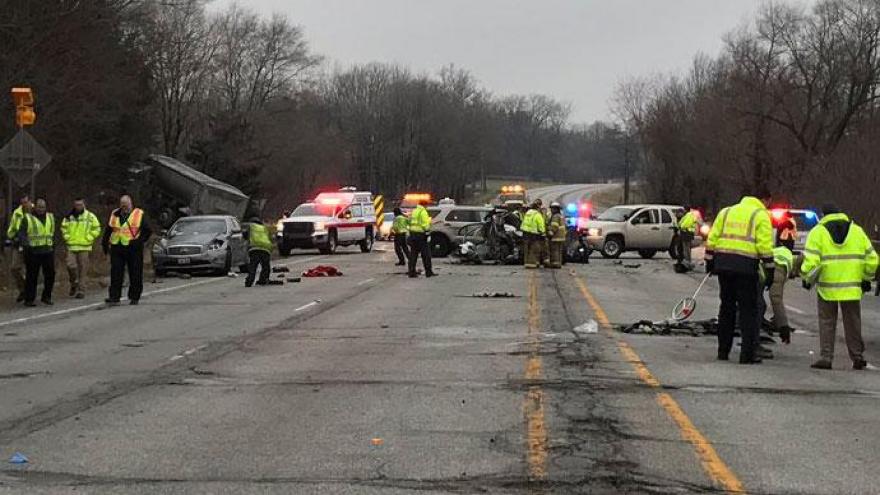 The La Porte County Sheriff's Office has released the identities of the people involved in the four vehicle accident on US 20 near Fail Road Tuesday afternoon that killed three people.

Deputies said the preliminary investigation revealed the accident happened when a Buick in the eastbound lanes crossed the center line and struck a Hyundai driving westbound.

Two other westbound vehicles, an Infiniti and a semi truck, were also involved in the accident.

Both occupants of the Buick were pronounced dead at the scene. They have been identified as 33-year-old Jeffery Williams of Gary, and Catrina Bontrager, 30, of Goshen.

In the Hyundai, 23-year-old Michael Nahhas of Niles, Illinois, a passenger in the front seat, was pronounced dead at the scene. The driver, 27-year-old Issa Sweilem, and another passenger, 26-year-old Joseph Ghandour, were taken to Memorial Hospital in critical condition. Both Sweilem and Ghandour are also from Niles, Illinois. A rottweiler puppy also died at the scene.

The driver of the Infiniti, 48-year-old Mark Moore, refused medical treatment at the scene.

The driver of the semi, 61-year-old Ronald Rector, refused medical treatment at the scene.

Deputies said alcohol and drugs have been ruled out as a contributor to the crash.

Deputies said they are still investigating the reason the Buick traveled left of center.

Autopsies have been completed on all three victims. They all died of blunt force trauma.

The crash caused US20 to be closed from 1 p.m. CST to 5:45 CST while the crash was investigated and cleaned up.

"Following the initial crash Mr. Rector was able to steer the tractor trailer, which suffered significant front end damage, away from other vehicles and opted to drive into the embankment on the south side of US 20. His efforts kept other vehicles from being struck," stated Deputy Greer.
The crash remains under investigation.