‘Thrill on the Hill’ canceled for second year 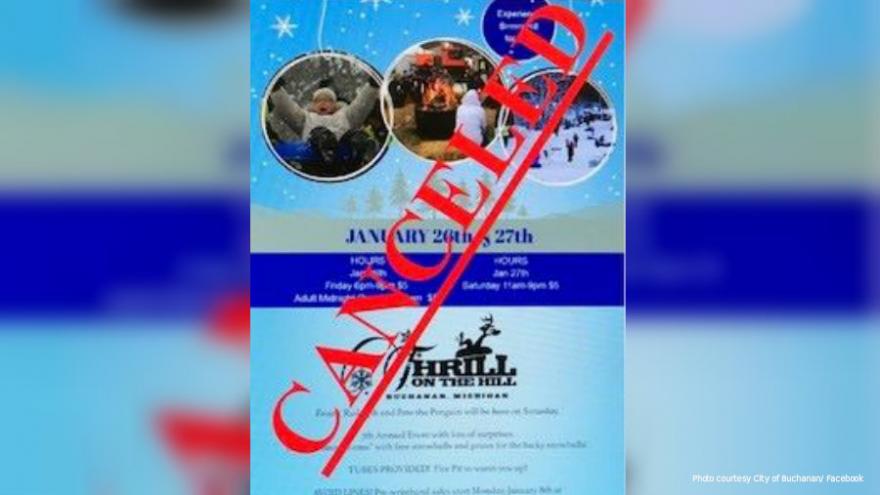 BUCHANAN, Mich. – A mild forecast with little snow and warmer temperatures is to blame for the cancellation of “Thrill on the Hill” for the second year in a row.

According to the City of Buchanan, the event was supposed to take place on January 26th and 27th.

“It was an extremely difficult and heartbreaking decision, but after reviewing a number of long range weather forecasts, the City of Buchanan officials made the difficult decision to cancel this year’s Winter Thrill,” organizers said in a Facebook post.

Daytime temperatures for those days are forecasted to be in the mid 30s.

Any snow left over after the warmer week will be tainted with salt and sand, said organizers.

The city added the early decision will help businesses to alter or adjust plans accordingly.

Last year's event was canceled for the same reasons.