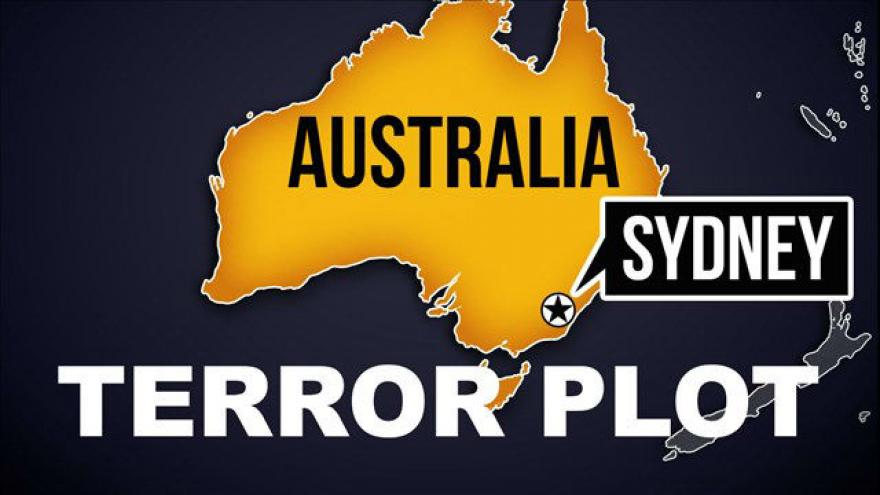 Twin terror plots, one involving the bombing of a passenger plane and the other a potential poison gas attack, have been described by police as the \"most sophisticated\" ever attempted on Australian soil.

(CNN) -- Twin terror plots, one involving the bombing of a passenger plane and the other a potential poison gas attack, have been described by police as the "most sophisticated" ever attempted on Australian soil.

The other scheme involved a plan to release a toxic gas in public, but was foiled due to the accused being unable to produce the deadly gas.

The two appeared by video link in Sydney's Parramatta Court Friday and pleaded not guilty to the charges. Neither man applied for bail and the court hearing has been deferred until November 14, after a brief of evidence was requested.

"At the moment, all I can say is they are entitled to the presumption of innocence," their legal representative, Michael Coroneos told CNN affiliate Sky News Australia. "Once the brief of evidence is served, we can assess their legal position."

One other man remains in police custody.

After the foiled plan to down the plane was revealed Saturday, authorities described it as an Islamist-inspired plot, but did not link the plan to a specific terrorist group until Friday.

The would-be attackers planned to place the IED on an Etihad Airways flight on July 15 but "at no stage did the IED breach airline security," Phelan said.

According to Phelan, the device didn't get past the airline's check-in desk, and a subsequent test of airport security using a dummy device was performed, resulting in the decoy also being found.

The person due to have carried the IED onto the plane was the brother of the older of the two accused men. Phelan said he was unaware of his role in the alleged attack. He is currently abroad and there are no plans to arrest him.

The accused men received the bomb parts in Australia and assembled what police believe was a "full functioning" IED, he said.

The second terror plot, the two men have been charged in connection with, involved an attempt to create a "improvised chemical dispersion device" to release hydrogen sulfide, Phelan said.

It is suspected that the device would have been used to disperse the toxic chemical in "closed spaces, potentially public transport."

Concentrations of over 500 parts per million (ppm) of hydrogen sulfide can result in death after just 30 minutes, according to the US government's Occupational Safety and Health Administration (OSHA).

However, due to the difficulty of producing the highly toxic chemical, there is no evidence that the device was completed, he said.

"We were a long way away from having a functional device," Phelan said.

Two search warrants of properties in connection to the case are ongoing, he said. One man remains in police custody, and a fourth has been released.

Multiple raids have been carried out at multiple properties across Sydney by law enforcement authorities since Saturday, including the suburbs of Surry Hills, Lakemba, Wiley Park and Punchbowl.

Investigators were seen rifling through garbage and removing items from houses, dressed in full protective gear.

On Thursday, Turnbull said the threat to aviation in Australia had been "disrupted and contained" following the arrests and the level of security at airports was being lowered.

Stricter airport security measures had been put in place following the attack, with Australian airports warning of possible delays and longer check-in times.