Tiger on the loose near Atlanta killed by police 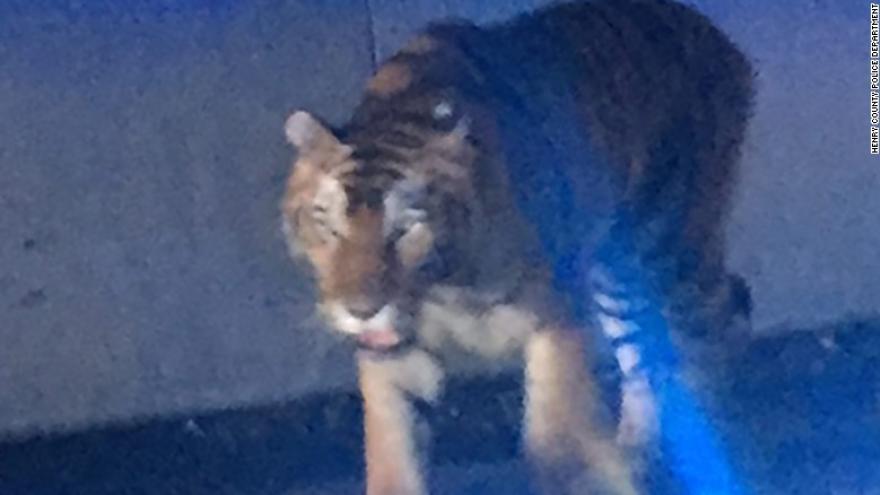 (CNN) -- A tiger seen roaming the streets of suburban Atlanta is dead, but the question remains: Where did it come from?

One of those who called 911 was Brittney Speck. She woke up to police activity outside her house and high beams coming through her windows as authorities searched for the tiger. When she poked her head out of her front door, she was instructed by police to go back inside, so she did.

Speck said her small dog, who was in her backyard, was barking hysterically.

"I've never heard her bark like that before," Speck told CNN.

At the moment she hung up with 911, the tiger jumped the fence into Speck's yard and went toward her dog.

"I fell to the ground crying because my husband was screaming because the tiger had jumped on top of my dog," she said. Speck said her dog managed to get away from the tiger and was running around as police closed in.

"By the time (the tiger) had jumped on my dog, the officer had started firing rounds."

Smith said the officers had no choice but to kill the tiger after it attacked the dog.

Speck's dog, named Journey, suffered a few scratches but is going to be OK, she said.

It's not clear where the tiger came from, Smith said.