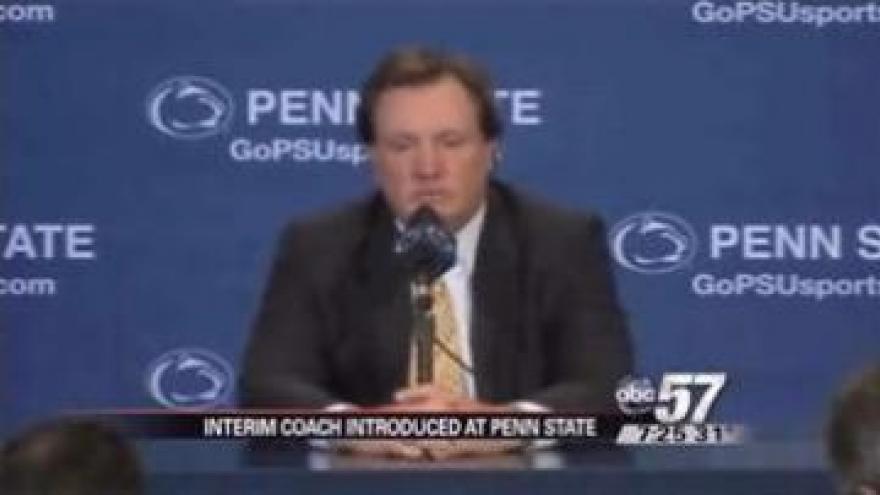 Bradley was a defensive coordinator for the team and even played at Penn State under Paterno. Bradley's first game will be Saturday against Nebraska.

Assistant coach Mike McQueary will also be on the sidelines for Saturday’s game.

McQueary was the grad assistant who witnessed former coach Jerry Sandusky sexually abuse a young boy in a shower.

He reported it to Paterno, who told school officials, but the story never made it to police.