Tom Hanks: 'If you're concerned about what's going on today, read history' 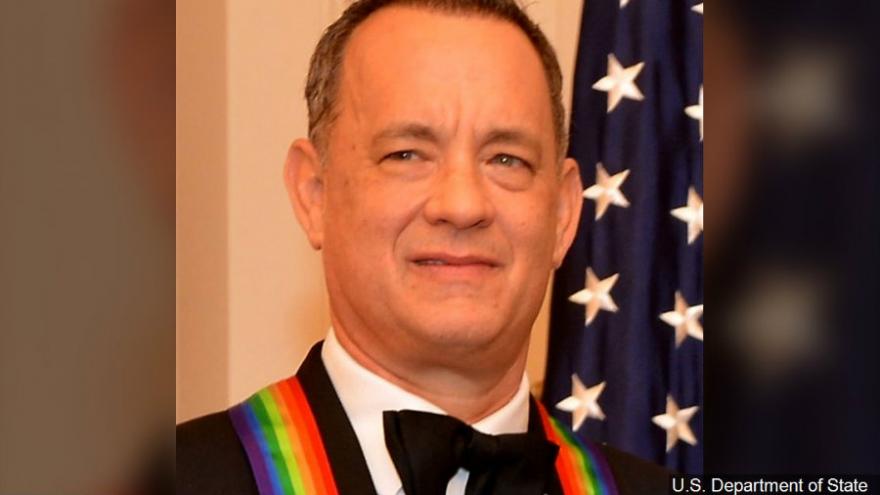 (CNN) -- Academy Award-winning actor Tom Hanks on Saturday night urged the importance of understanding and learning from history, especially for those troubled by the current state of affairs.

Hanks was honored by the National Archives Foundation with the "Records of Achievement Award" at their annual gala in Washington.

The award "is the highest honor given by the National Archives Foundation to an individual whose work has fostered a broader national awareness of the history and identity of the United States through the use of original National Archives records," according to a statement from the foundation.

"No actor has covered the span of 20th-century American history as broadly as honoree Tom Hanks," David Ferriero, archivist of the United States, said in the statement.

Asked about how to deal with Confederate monuments, statues of Christopher Columbus, and their role in marking history, Hanks said it was important to have a dialogue.

"Let's have that discussion, let's have that be part and parcel to an ongoing reexamination about what is taught about (America's founding)," Hanks said. However, he said he does not believe that the dialogue needs to include destruction.

Hanks spoke with optimism about the future of the United States, saying that striving to be better is ingrained in the American ethos.

"As we continually move towards a more perfect union, that magnificent document (the US Constitution) out there, that might be the only self-correcting, open-ended document anywhere on the planet Earth (that) keeps us going, that keeps saying that we're going to learn how to do that one thing we've already sort of done, we're going to become better and better and better," he said.

Hanks also knocked President Donald Trump's response to the controversy over the contents of his condolence call to a Gold Star widow as "one of the biggest cock-ups on the planet Earth."

"I'm only knowing what I read in the newspapers and what have you, and it just seems like it's one of the biggest cock-ups on the planet Earth, if you ask me," Hanks told CNN. "This is a tragedy of the utmost consequence and it goes much longer beyond who's going to come out on top of the news story. I think it's very sad."

Trump and Rep. Frederica Wilson have traded barbs over his condolence call to the widow of Sgt. La David Johnson, who was one of four soldiers killed in an ambush in Niger earlier this month.

Wilson, who is close with Johnson's family and was in their car when Trump called, said she heard Trump say Johnson "knew what he signed up for, but I guess it still hurts." Saturday morning, Trump tweeted that the congresswoman was "wacky" and "killing the Democrat Party."