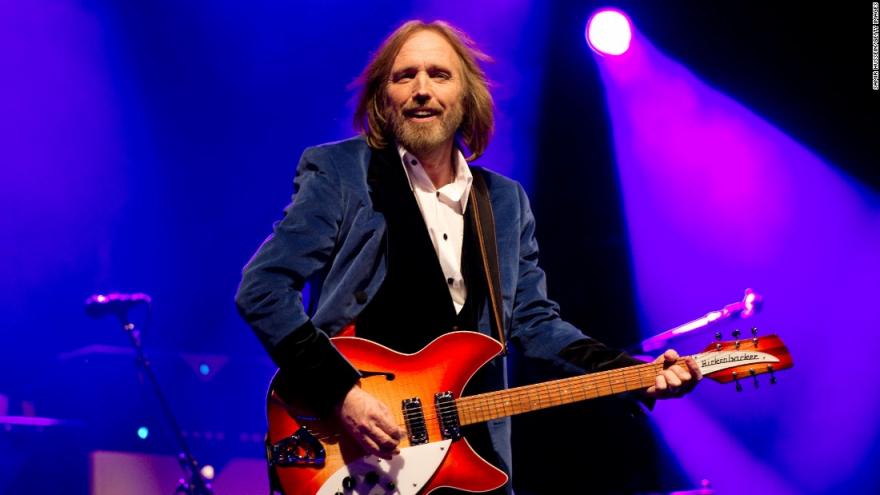 (CNN) -- Musician Tom Petty died of an accidental drug overdose of several medications, a statement from his family, posted on tompetty.com, and a news release from the Los Angeles County Medical Examiner said Friday.

The statement from Petty's widow and daughter, which also was posted on Facebook, said Petty, 66, had suffered several ailments before his October 3 death.

"Despite this painful injury he insisted on keeping his commitment to his fans and he toured for 53 dates with a fractured hip and, as he did, it worsened to a more serious injury. On the day he died he was informed his hip had graduated to a full-on break and it is our feeling that the pain was simply unbearable and was the cause for his over use of medication," according to the statement from Dana Petty, his wife, and Adria Petty, his daughter.

The medical examiner's news release said the autopsy found these drugs in Petty's system: fentanyl, oxycodone, acetyl fentanyl and despropionyl fentanyl, which are opioids; temazepam and alprazolam, which are sedatives; and citalopram, an antidepressant.

Acetyl fentanyl has not been approved for medical use in the United States and there are no published studies on safety for human use. It is classified as a schedule I drug.

Petty collapsed at his home in Malibu and was taken to UCLA Medical Center, where he died October 3, his manager said. The group finished a summer tour with three performances at the Hollywood Bowl not long before his death.

The family's statement said: "We knew before the report was shared with us that he was prescribed various pain medications for a multitude of issues including fentanyl patches and we feel confident that this was, as the coroner found, an unfortunate accident.

"As a family we recognize this report may spark a further discussion on the opioid crisis and we feel that it is a healthy and necessary discussion and we hope in some way this report can save lives. Many people who overdose begin with a legitimate injury or simply do not understand the potency and deadly nature of these medications."

Petty and the Heartbreakers first came to fame in the 1970s. It was both with that group and as a solo artist that Petty had a string of hits across the decades, including "Free Fallin'," "American Girl" and "I Won't Back Down."