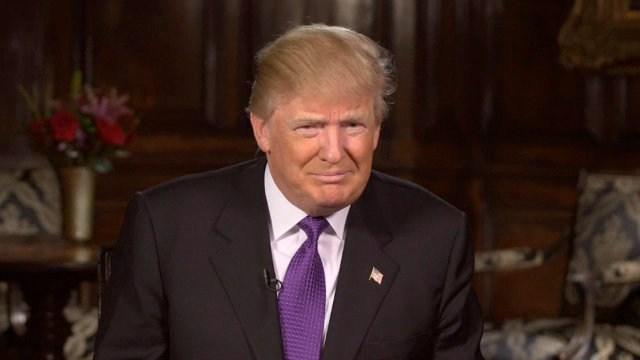 The meeting was organized by Trump's campaign manager Kellyanne Conway, who is now a senior adviser to Trump.

The meeting was off the record, meaning the participants agreed not to talk about the substance of the conversations.

But a source in the room said there was "real progress" made with regards to media access to Trump and his administration.

A second participant affirmed this and said the journalists spoke with Trump about the importance of the "press pool," a small group of journalists that traditionally travels with the president.

Conway said the meeting was "very cordial, candid and honest."

While there was "no need to mend fences," she said, "from my own perspective, it is great to hit the reset button, it was a long, hard-fought campaign."

She declined to say when the president-elect would hold a news conference. "Soon" was the only answer.

Most presidents-elect hold a news conference within days of being elected. Trump was elected almost two weeks ago and has not taken questions in that setting yet.

However, he has been interviewed on the CBS newsmagazine "60 Minutes," and he answered a few shouted questions from reporters over the weekend. He will also be speaking with reporters from The New York Times on Tuesday.

Times publisher Arthur Sulzberger Jr. "and others are meeting with the President Elect tomorrow at the request of his team," the Times said in a statement Monday afternoon. "There will be a small, off the record meeting first, followed by an on the record session with Times reporters and editorial columnists."

President Obama and other government officials occasionally hold off the record sessions with reporters, anchors and other media bigwigs. Obama, for example, talked off the record with the reporters traveling with him on the way home from Peru on Sunday night.

By going off the record and giving up the right to quote the public official, the reporters gain candid insights. Both the journalists and the politicians can speak more bluntly.

Some top network anchors are traveling or on vacation this week, and thus were unable to attend Monday's meeting. But many others were present.

There was much for the group to talk about. Trump has long-standing relationships with many in the TV news business -- but he also waged an anti-media crusade during his campaign for president.

There are many looming questions about whether Trump will provide the same levels of press access that past presidents have permitted, like a traveling "press pool" and regular news conferences.