Top stories of 2012: The trial of Terry Sturgis 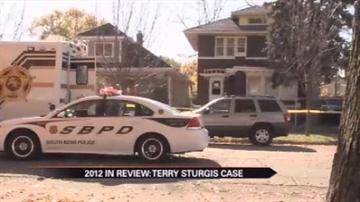 ST. JOSEPH COUNTY, Ind. -- In May 2012, it took a jury just four hours to find Terry Sturgis guilty in the death of his 10-year-old son Tramelle. The boy died in November 2011 after he was burned, bound with duct tape and beaten.

The house where Tramelle died on Nov. 3, 2011, in St. Joseph County, Indiana is still empty.

During the trial, Tramelle’s 14-year-old brother testified that he got in trouble at school for stealing pencils.

He said his dad bound them with duct tape, burned and beat them to the point Tramelle passed out.

The children, just 8, 10 and 14 at the time were beaten on a regular basis, according to testimony.

Investigators said it was the worst case of child abuse they had ever seen.

The community rallied to show its support. Teachers, friends and neighbors gathered at the Sturgis home.

The house is still up for sale or rent.

"The house had nothing to do with child abuse, that's a human behavior,” said the homeowner Noah Nickell.

On May 24, Terry Sturgis was found guilty on 14 felony counts including battery-neglect and murder.