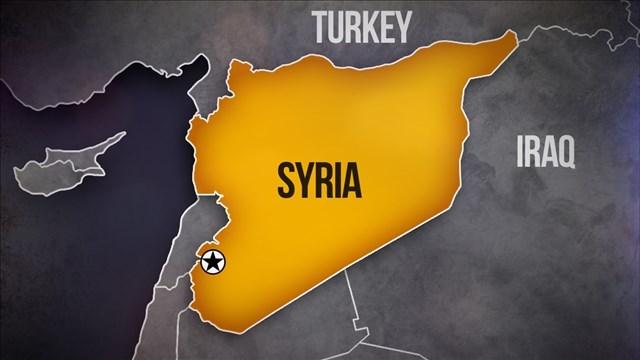 (CNN) -- In the most direct public warning to Moscow and Damascus to date, the new US commander of American troops in Iraq and Syria is vowing to defend US special operations forces in northern Syria if regime warplanes and artillery again attack in areas where troops are located.

"We've informed the Russians where we're at ... (they) tell us they've informed the Syrians, and I'd just say that we will defend ourselves if we feel threatened," Lt. Gen. Stephen Townsend told CNN in a telephone interview Saturday from his Baghdad headquarters.

Townsend is the first senior military commander to speak on the record about the US possibly challenging the Syrian Air Force in the wake of an incident just days ago.

Townsend, who took command this week, made the remarks following what defense officials described as an "unusual" incident Thursday in northern Syria in which the regime of President Bashar al-Assad used warplanes to attack an area near where US special operations forces were operating in support of Kurdish forces, which are the Americans' key ally in the conflict.

Several US troops had to be quickly moved, and US jet patrols over northern Syria have been beefed up.

Townsend also said in the interview that he plans to keep up the pressure on ISIS and laid out an ambitious military goal: He told CNN he hopes the US-led coalition can "defeat ISIL in Iraq and Syria in this next year."

Townsend emphasized he is aware that may be ambitious, but he added, "That's my goal. I am intent to do that."

When asked how he would define the defeat of ISIS, the general said it would be when the so-called caliphate no longer exists and does not control significant population centers.

"Do I think ISIL will be gone from Iraq and Syria?" he asked, using another acronym for ISIS. "No. But I want them out of the cities."

Townsend was blunt in discussing the senior leaders of ISIS.

"I want them dead or on the run in a hole somewhere in the desert, and significantly less of a threat," he said.

Baghdadi and other ISIS leaders are being "actively hunted," Townsend said.

The US has long believed senior leaders are in and around the city of Raqqa in Syria, the ISIS-proclaimed capital of its caliphate. Townsend said local Arab and Kurdish fighters, trained by the US, could start moving into areas outside Raqqa in coming weeks.