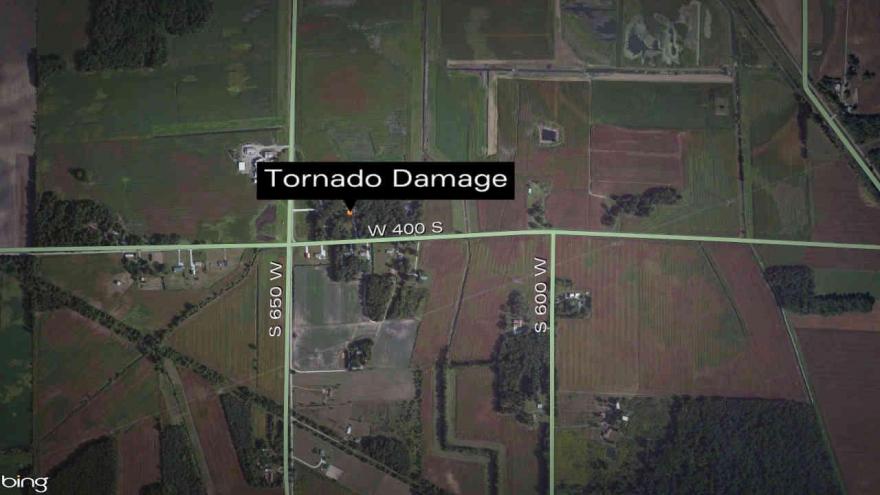 NORTH JUDSON, Ind. - Damage caused by wind speeds estimated up to 80 mph were confirmed to be from a tornado and straight line wind, by the National Weather Service of Northern Indiana storm survey team.

There were many reports of wind damage in western Starke and Pulaski counties, most of that damage was from straight line wind. Only the small area was determined to be tornado damage.

No Tornado Warning was issued for this storm, however small spin-ups like this are possible with severe thunderstorms. There was an area of circulation on the radar at 6:31 PM, west of North Judson, near the area in question [ See Radar Image]. The overwhelming threat confirmed by this storm was straight line wind.

More information from the survey team is expected in the next 24 hours.