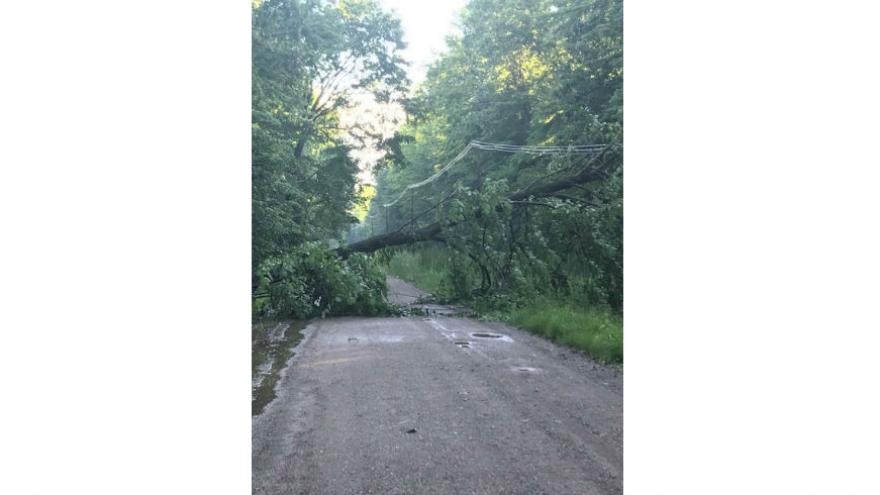 It was mainly for rural locations, but did include the Crumstown area. The warning was quickly called off.

Hail coming at a car in New Carlisle

Cloud over North Liberty (not a confirmed funnel cloud)

There are a few reports of damage, but nothing overly significant or widespread.

Hail was reported in New Buffalo, La Porte and New Carlisle. No structural damage is being reported.

This severe weather comes on the heels of two confirmed tornadoes in South Bend on June 23.

Contributions to this story also made by: Tyler Sebree
Share this article: