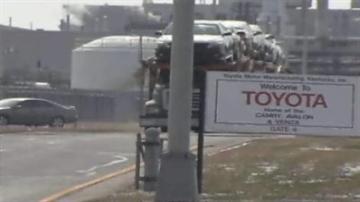 The company says there are bad air-bags in the Corolla and the Corolla Matrix made between December 2001 and May 2004.

Toyota also recalled 3 kinds of Lexus IS models made between May 2005 and October 2011.  The company says the wiper blades may fail.

Toyota dealerships will fix the cars for free. If you own one, you will get a notice in the mail.