Tracking spring green and likelihood of any March snow

NOW: Tracking spring green and likelihood of any March snow 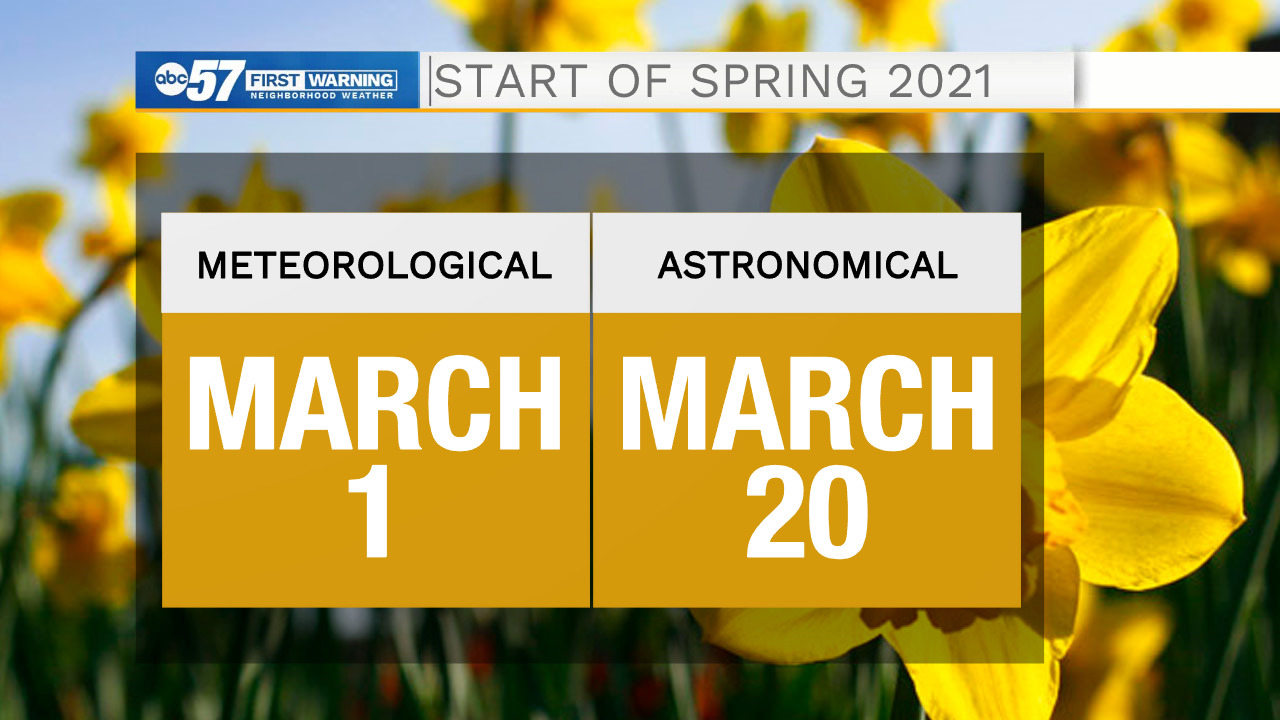 Maybe you base the spring season on the last snow of the year. If that's the case, this might not be welcome news - but snow is still normal for Michiana during the month of March.

Now that winter is meteorologically over, we can look at our official snow totals. We picked up the most in February, and in total there was 50.4 inches of snow. A normal Michiana winter gets around 52.9 inches, so we were right on track. 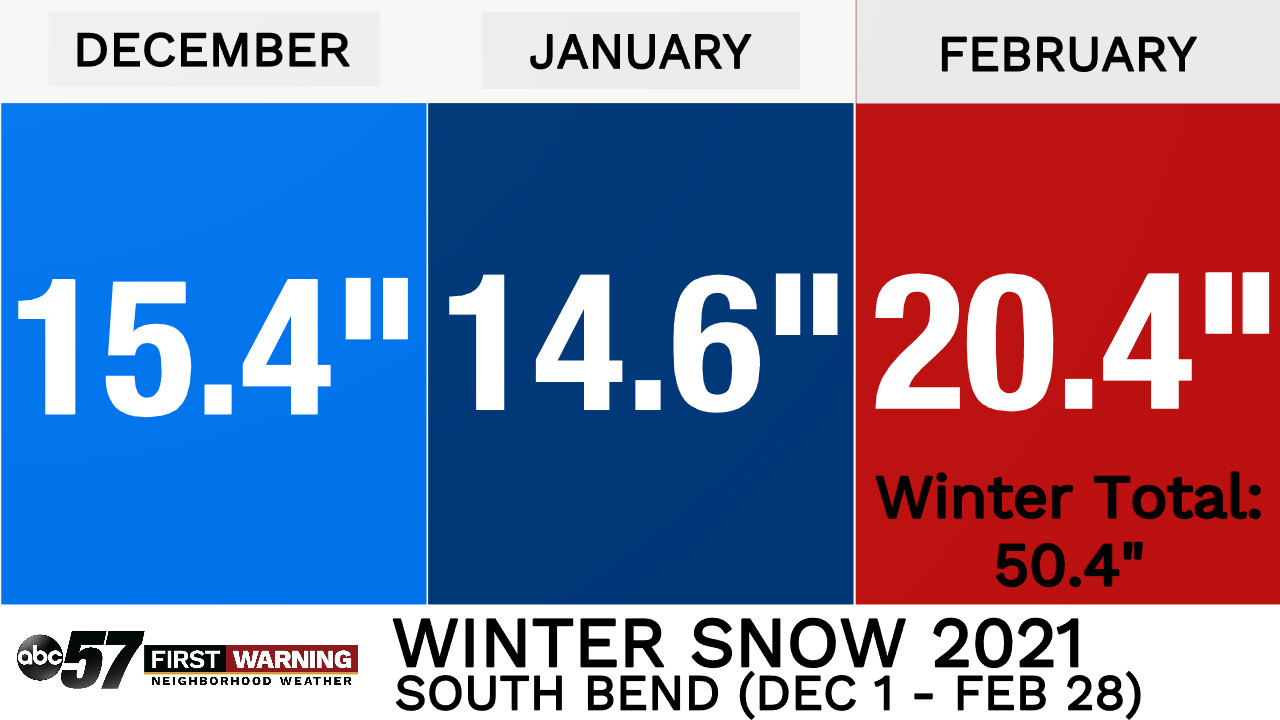 We have our winter total, but March snow is still a possibility in Michiana.

Here's a map of normal snow amounts for the full month. Berrien County typically sees the most (anywhere from six to eight inches), while Saint Joseph County (Indiana) normally sees around five to seven inches of March snow. Lower totals are expected for southern and eastern Michiana (shown in lighter shades of blue). 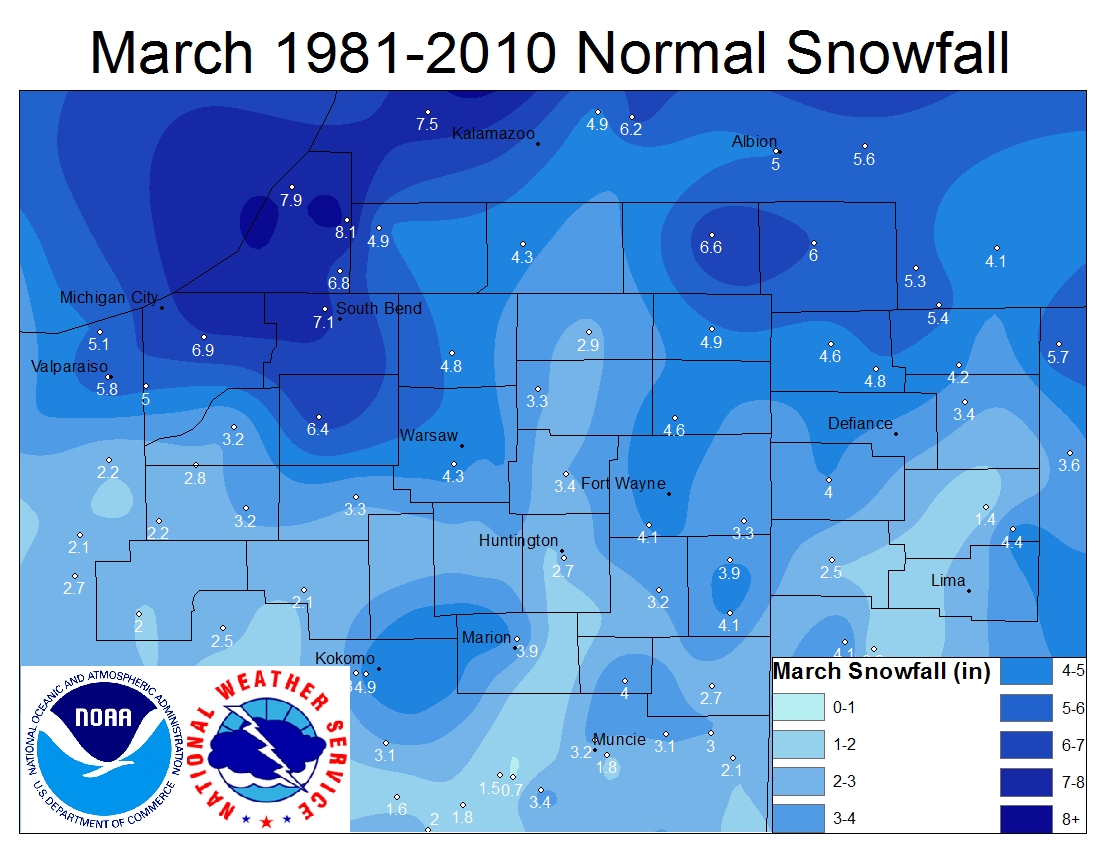 We don't always have this much snow in March. In 2020, there was only three inches of snow in South Bend for the month. In 2019, there was even less - just half an inch of snow for the entire month.

There isn't any significant snow in the 10-day forecast, but based on these normals, don't count out the possibility of it for the rest of the month just yet.

Maybe you don't base spring's start on final snow. Maybe you base it instead of the arrival of spring green.

Here's a map of the current leaf-out across the United States. It makes sense that only the warmer parts of the country have seen their first leaves so far (areas marked in orange on this map). 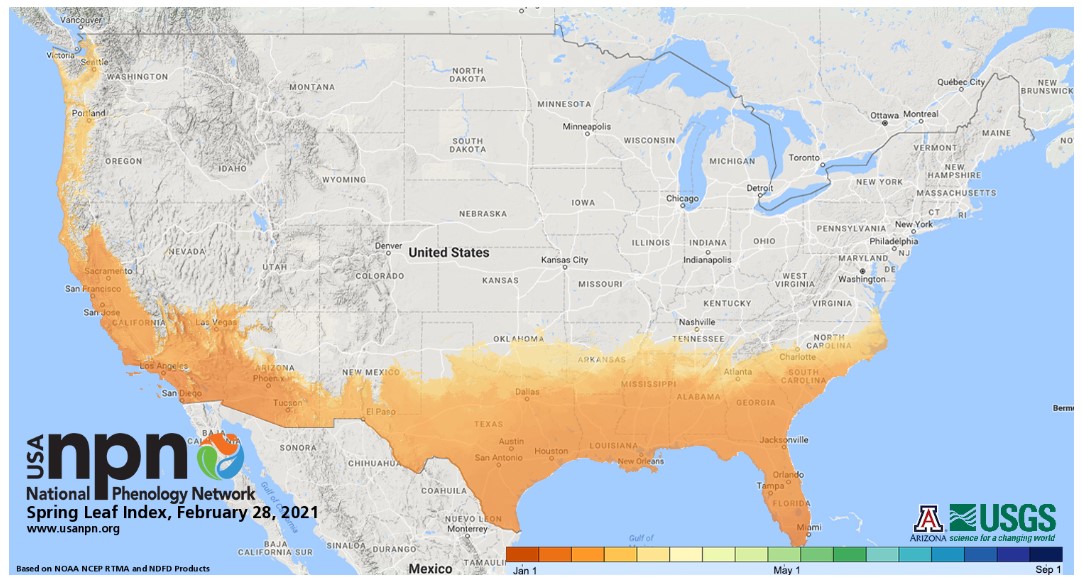 Most of the United States is still gray on this map - meaning there are no signs yet of the first spring leaves. National Phenology Network

Gradually, this trend will move from the southern states to the northern states. This can be a slow process to track. Michiana typically doesn't see our first green leaves until mid to late April.

Mild or warm temperatures in March might be nice, but these temperatures can sometimes wake up our plants a little too early. If we have a mild March, but cooler than normal April, it can be detrimental for plants and crops if we deal with freeze conditions. We want the first buds to hold off as long as possible to ensure we're actually warm enough for plants to survive.

Whatever way you choose to use as the start of a new season, we're slowly starting to see a few signs of spring. We'll continue to track our spring green as we head through the rest of the month.