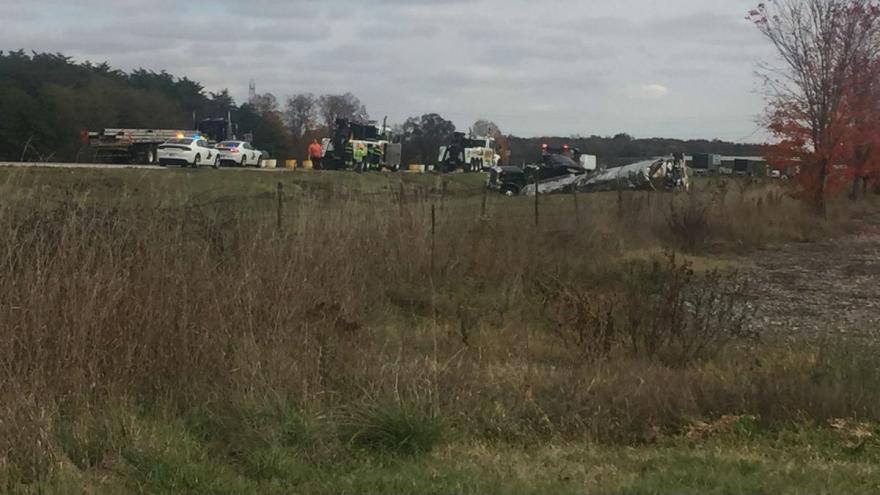 According to ISP, the rollover crash happened around 11:20 a.m. near the 96 mile marker in the eastbound lanes.

Police say traffic is slowed, but not stopped. It is unclear how long it will take to clear the scene.

Medics responded to the scene after learning at least one person was injured. The nature and severity of the injuries is unknown at this time.

Some oil has reportedly leaked from the truck, but police say they do not believe the leak is very large.