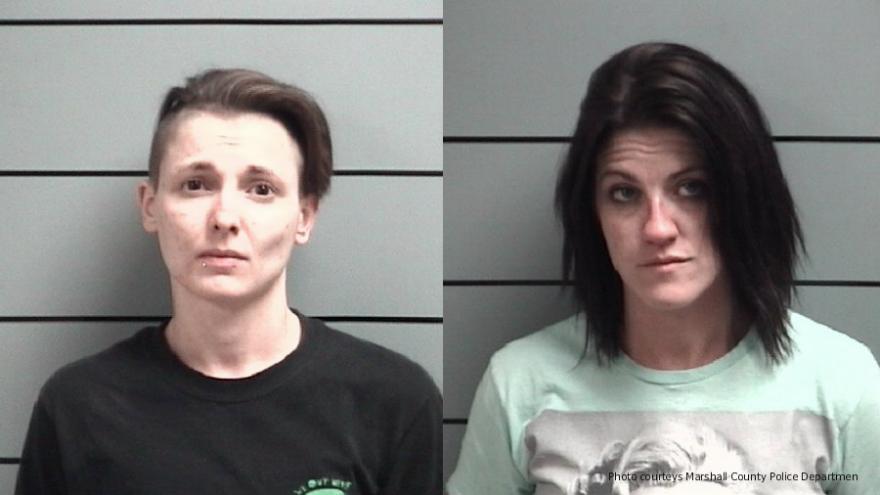 BOURBON, Ind. – A traffic stop in the area of Beech Road and U.S. 30 led to the arrest of two individuals for dealing marijuana early Sunday morning.

According to the Marshall County Police Department, deputies conducted a traffic stop on a red 1996 Ford Explorer around 2:52 a.m. for speeding.

The driver of the vehicle, 22-year-old Kaylan Mikel, was allegedly driving on a suspended license and had an active warrant for her arrest through Kosciusko County.

Deputies also learned that the passenger, 29-year-old Anna Tackett, was allegedly in possession of methamphetamine and also had an active federal warrant.

Officials say a search of the vehicle uncovered approximately 200 grams of marijuana packaged in large quantities.

Both Mikel and Tackett were arrested and taken to the Marshall County Sheriff’s Department.